England's cricket board has shifted the two-match Test series against Sri Lanka from May to June, giving the likes of Kevin Pietersen a chance to enjoy longer stints in the IPL 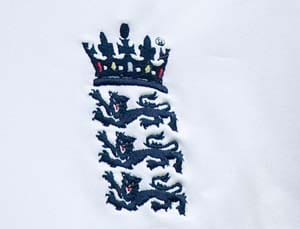 The England and Wales Cricket Board's decision to scrap the May Tests which have been a part of their home fixture list since 2000 by shifting next year's two-match series against Sri Lanka to June could have wider implications for the world game.

By playing the Tests later in the season, with the T20 match and five-one-dayers beforehand, the ECB has given the likes of England's Kevin Pietersen a chance to enjoy longer stints in the lucrative Twenty20 Indian Premier League.

The scheduling move should also avoid the problem many touring sides have experienced in recent years of either being denied their best players for the May Tests because of IPL commitments or their stars only arriving shortly before the start of a series.

When Sri Lanka last visited England, in 201l, five players including leading batsmen Mahela Jayawardene and Kumar Sangakkara missed one of the two warm-up matches due to IPL commitments.

Sri Lanka lost the first Test of that series by an innings and 14 runs in Cardiff after a stunning collapse saw them bowled out for 82 on the final day.

It was a similar story this year, with New Zealand captain Brendon McCullum and senior batsman Ross Taylor both arriving late for the tour of England because of their IPL stints.

The first Test of that series, at Lord's in May, saw England win by the huge margin of 170 runs after New Zealand collapsed to 68 all out in their second innings on the fourth day.

Touring sides have struggled to adapt to the often wet, cold and overcast conditions confronting them in England in May, with the only side to win a Test in England at that time of year being Pakistan in 2001.

Next year the IPL will start later than normal due to the World Twenty20 in Bangladesh and so will clash with the Twenty20 and one-day leg of Sri Lanka's tour of England.

However, if the IPL then reverts to its usual schedule and England continue to abandon playing Tests in May, a window for the cash-rich Indian franchise tournament may have been created.

"In the past, leading players from countries like Sri Lanka, New Zealand and West Indies, well remunerated by their IPL franchises but not their home board, have considered boycotting the May Tests in England," Pringle wrote in Tuesday's edition.

"This way affords them a full IPL and a full wallet."

It is also likely to please England stars such as Matt Prior, who earlier this year voiced concerns that he and his team-mates would become increasingly "frustrated" at missing out on the riches available in the IPL, where players can earn upwards of hundreds of thousands of dollars to as much as the $1 million paid to Australia's Glenn Maxwell at this year's edition, if the ECB did not soften its stance.

The sixth edition of the IPL ran from April 3 to May 26 this year.

Centrally contracted players such as Prior had to be back in England by May 5 in order to prepare for the New Zealand series and his lack of availability for a full IPL season may explain why the wicketkeeper failed to attract a bid at the player auction.

"I know for a fact that players want to play in the IPL -- you can't get away from the fact there is an enormous amount of money at stake," Prior told the BBC in February.

"I'm employed by the ECB, so I do what the ECB says right now.

"The one thing, however, is that the IPL and these Twenty20 competitions are not going away.

"People love them and the players enjoy playing in them, so there are going to be more and more people getting frustrated at the lack of opportunity to play in the IPL. So things may have to change in time."