Pragyan Ojha, while fielding for India Green at mid-on, was dealt a blow on the left side of his head after the ball bounced viciously in front of him, forcing him to take evasive action 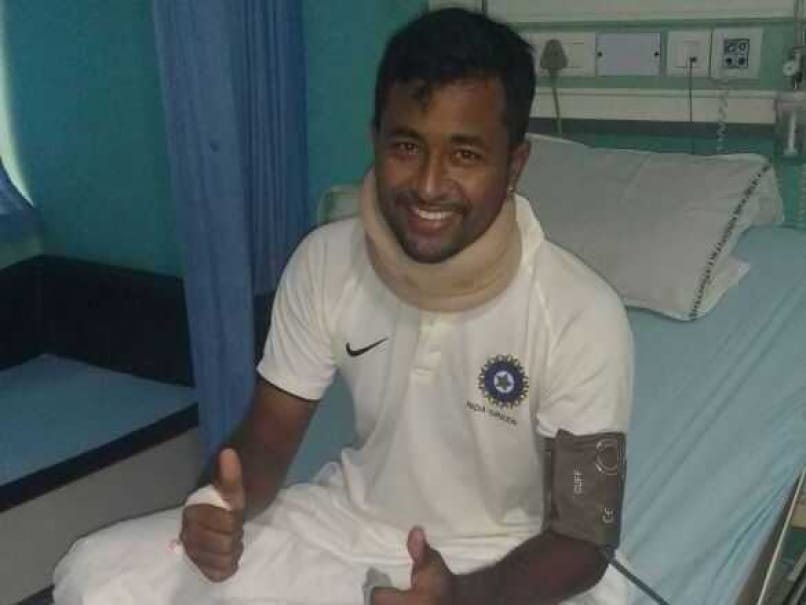 Pragyan Ojha will be under supervision of the doctors in the hospital. (Image credit: BCCI/Twitter)

Left-arm spinner Pragyan Ojha was taken to hospital for tests after he suffered a freak head injury while fielding during the Duleep Trophy match between India Blue and India Green on Wednesday. However, the Board of Control for Cricket in India (BCCI) later tweeted a picture of Ojha, saying that he was fine but his health would be monitored.

The incident happened in the 63rd over of India Blue's second innings as Ojha, while fielding for India Green at mid-on, was dealt a blow on the left side of his head after the ball bounced viciously in front of him, forcing him to take evasive action.

The ball came from the bat of Pankaj Singh and Shreyas Gopal was the bowler. The impact brought him down immediately before he was stretchered off the ground. Later, he was taken to the nearby hospital for tests.

UPDATE - Pragyan Ojha is doing fine. His health will be monitored. pic.twitter.com/rpXTV8uDz5

Ojha went wicket-less in the first innings before taking three in the second innings of India Blue which ended at 288 in 66.2 overs, setting the Green team an improbable 769-run target on fourth and final day of the game.


India Blue had posted a mammoth 707 in the first innings and India Green in response could only manage 237.

Comments
Topics mentioned in this article
Pragyan Ojha Pankaj Singh Shreyas Gopal BCCI Cricket
Get the latest updates on IPL Auction 2023 and check out  IPL 2023 and Live Cricket Score. Like us on Facebook or follow us on Twitter for more sports updates. You can also download the NDTV Cricket app for Android or iOS.