Dinesh Karthik birthday: Wishes poured in for the wicketkeeper-batsman on social media on Tuesday.. 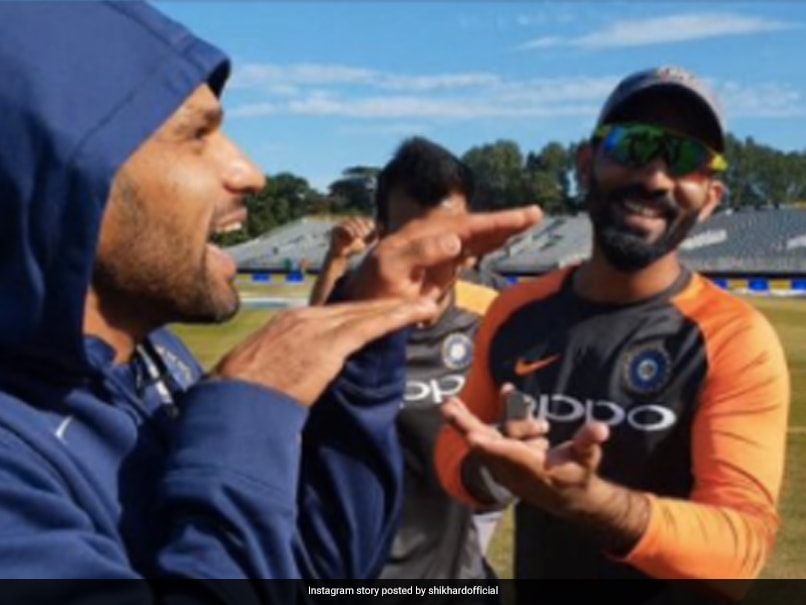 Veteran wicketkeeper-batsman Dinesh Karthik is celebrating his 36th birthday on Tuesday and wishes poured in on social media from all corners. Karthik's India teammate Shikhar Dhawan was among one of the first to extend his greetings to the former Kolkata Knight Riders (KKR) skipper. Sharing a picture with Karthik in India's practice jersey on Instagram stories, Dhawan wrote, "Lots of love on your birthday, bro. Happy Birthday."

The Board of Control for Cricket in India (BCCI) also extended its greetings to Karthik by listing his achievements in a tweet along with a picture.

Karthik's Indian Premier League (IPL) team also wished him on the special day, calling him their "rock" and "backbone".

“Our rock, our backbone, the one and only Dee Kay Anna! Happy Birthday, Dinesh Karthik,” the Kolkata Knight Riders tweet read along with a montage of Karthik.

Our rock, our backbone, the one and only Dee Kay Anna!

Five-time IPL champions Mumbai Indians (MI) also wished Karthik on his birthday, saying that the cricketer scored 510 runs in the 2013 season for them.

“Happy Birthday, DK. The wicketkeeper-batsman scored 510 runs for us in the 2013 season,” the tweet read. They also shared a picture of Karthik in MI's jersey.

Dinesh Karthik Cricket
Get the latest updates on T20 World Cup, check out the T20 World Cup Schedule and Live Score . Like us on Facebook or follow us on Twitter for more sports updates. You can also download the NDTV Cricket app for Android or iOS.