Cricket South Africa should stay away from my funeral, says Clive Rice

Paceman Fanie de Villiers, who played for both the Springboks in the old era and the Proteas, said the CSA decision was not well-considered. Graeme Pollock described the CSA decision as ridiculous and heartbreaking. 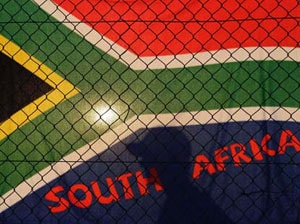 Pained by CSA's refusal to honour two deceased players with a minute's silence, former players have launched a scathing attack on the national cricket board and Clive Rice even asked Cricket South Africa to stay away from his funeral in future.

CSA refused to observe a minute's silence in the memory of Peter van der Merwe and Neil Adcock, who passed away last month and were part of the segregated cricket structures in apartheid-era, before the game against Pakistan at the Wanderers here last weekend.

The claims that the players were refused honour since they played in apartheid-era caused a huge furore.

Rice played in that era for South Africa, but also led the team from his country onto the field in India after country returned to international fold in 1991.

"CSA is sensitive about the past, but at the same time they have a racist approach. This is part of history and you cannot just erase it," Rice told the Afrikaans daily Beeld.

Proteas team manager Mohammad Moosajee said policy at CSA was for players to wear black armbands on the field if someone close to the players or someone involved with CSA after re-admission had died.

Graeme Pollock described the CSA decision as ridiculous and heartbreaking.

"CSA should rethink this as Van der Merwe and Adcock were worldwide ambassadors for cricket," Pat Symcox told the daily.

"Adcock could have stepped into any world side," said Barry Richards.

Paceman Fanie de Villiers, who played for both the Springboks in the old era and the Proteas, said the CSA decision was not well-considered.

Boeta Dippenaar, the players' representative on the South African Cricketers Association, said CSA should have handled the matter better.

"You can't change the past and you can't deny that there were players who made great contributions. There were many players who could not play internationally because of isolation and they are now being prejudiced again," Dippenaar said.