BCCI president Sourav Ganguly said he is "deeply anguished" by the demise of former cricketer Chetan Chauhan, who passed away in Gurugram on Sunday. 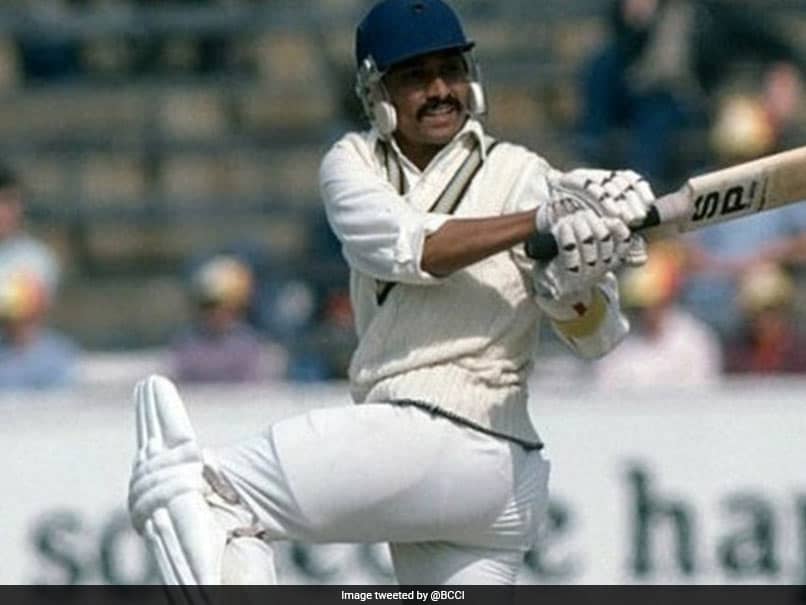 Chetan Chauhan played 40 Test matches and seven ODIs for India from 1969 to 1981.© Twitter

Board of Control for Cricket in India (BCCI) president Sourav Ganguly said he is "deeply anguished" by the demise of former cricketer Chetan Chauhan, who passed away in Gurugram on Sunday. He was 73. Chauhan was admitted to a hospital after being tested positive for COVID-19 and breathed his last breath in Medanta Hospital on Sunday. "I am deeply anguished to learn of the passing away of Chetan Chauhan. I have spent so much time with him when he was Indian cricket team's manager. Not only was he a tough opening batsman but was a person with a tremendous sense of humour and had a tremendous attachment to Indian cricket," Ganguly said in a statement.

"This year needs to be forgotten as it has taken a lot of dear people away. He will always remain with us. May God give strength to his family to overcome this loss," he added.

A gritty opener, Chauhan played 40 Test matches and seven ODIs for India from 1969 to 1981. He was Sunil Gavaskar's opening partner and the two shared many vital stands, including 10-century partnerships.

It was at the Oval in 1979 that the two put on a courageous display, stitching together an opening partnership of 213 runs, which came in the second innings.

Together they put 3,010 runs in 59 innings, an Indian record then before Virender Sehwag and Gautam Gambhir went past the mark.

Chauhan continued his domination in first-class cricket and amassed over 11,000 runs from 179 games, representing Maharashtra and Delhi.

"The news of Chetan Chauhan's untimely death has deeply pained me. In him, the nation has not only lost a fine cricketer today but also a great human being. His contribution to Indian cricket will always be remembered. My heartfelt condolences to his family and friends," BCCI secretary Jay Shah said.

After his retirement, he served as president of the Delhi and Districts Cricket Association and was also its vice-president, secretary, and chief selector. He was appointed as manager of the Indian cricket team that toured Australia in 2007-08.

In 1980-81, he was bestowed with the prestigious Arjuna Award.

"We have lost a senior member of our fraternity today. He had been working hard to encourage not just cricket but other sports disciplines in his capacity first as a Member of Parliament and later as a cabinet minister in the Uttar Pradesh government. I extend my condolences to his family and fans in this hour of grief," BCCI, Treasurer, Arun Dhumal said.