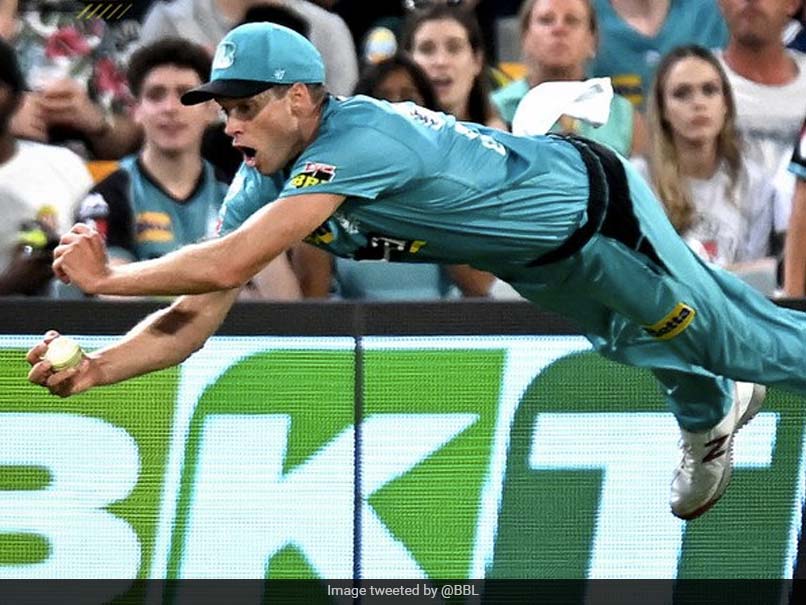 Brisbane Heat's Ben Laughlin completed a stunning catch during the Eliminator of the ongoing edition of the Big Bash League (BBL). Laughlin ran to his right from long-on, executing a one-handed screamer to account for the dismissal of Michael Neser of Adelaide Strikers. Bowler Marnus Labuschagne celebrated wildly as Neser slog-swept the full toss, handing an opportunity to Laughlin who took full advantage. "INCREDIBLE BEN LAUGHLIN! @BKTtires| #BBL10," read the caption on the video of the catch uploaded by Cricket Australia's official Twitter handle.

Sydney Sixers and Perth Scorchers will be the teams next seen battling it out in the Qualifier, which will take place at the Manuka Oval in Canberra.

The Sixers finished on top of the league standings, with 36 points from 14 matches. These points were accumulated on the back of nine wins and five defeats.

Perth Scorchers finished on the second spot, having earned 32 points from the same number of games. The Perth-based franchise registered eight victories and five losses, with one game not providing a result.

Sydney Thunder were the third team on the league standings, with 31 points from 14 clashes. Thunder recorded eight wins and six defeats.

The Qualifier will be followed by a knockout match between Sydney Thunder and a team which is yet to be confirmed, at the Manuka Oval in Canberra on January 31.

Brisbane Heat Michael Neser Marnus Labuschagne Cricket
Get the latest updates on ICC T20 Worldcup 2022 and CWG 2022 check out the Schedule, Live Score and Medals Tally. Like us on Facebook or follow us on Twitter for more sports updates. You can also download the NDTV Cricket app for Android or iOS.