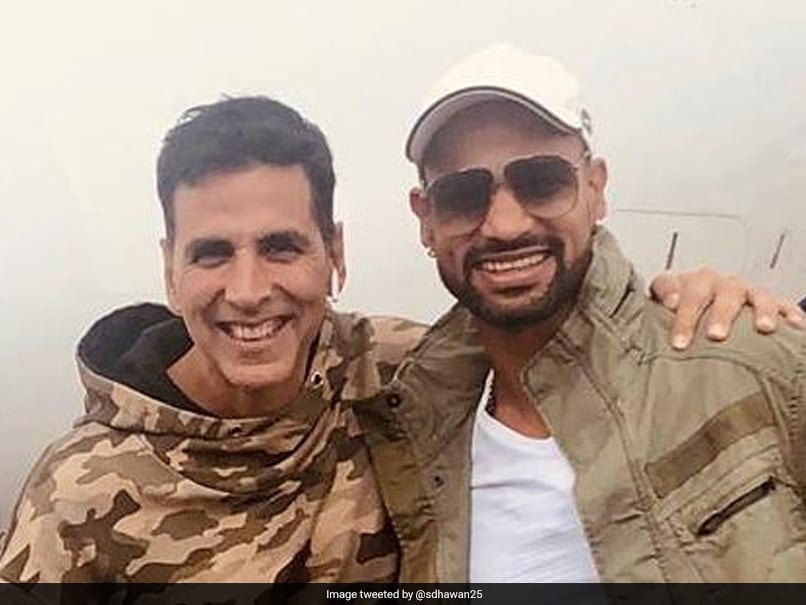 Shikhar Dhawan posted a video on Instagram in which he is recreating a scene from Akshay Kumar's movie.© Twitter

Shikhar Dhawan along with his opening partner Rohit Sharma put on a 100-plus stand in Rajkot to chase down the target of 150 with 26 deliveries to spare on Thursday. After the win, Shikhar Dhawan took to Instagram to share a video where the Yuzvendra Chahal, Khaleel Ahmed and Dhawan can be seen recreating a scene from Bollywood actor, Akshay Kumar's movie Housefull 4. In the video, as soon as Chahal makes a loud sound, Dhawan forgets everything for a brief moment. Soon after Dhawan posted the video, Bhuvneshwar Kumar came up with a cheeky reply. "Bhulne k acting K kya zarurt wo to natural talent hai," Bhuvneshwar said. 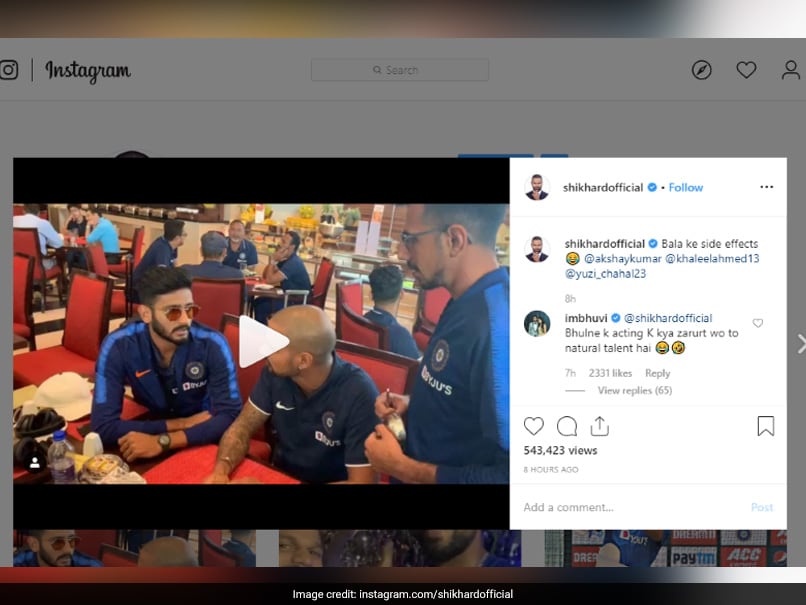 The left-hander failed to convert the start into a big score in the second Twenty20 International (T20I) against Bangladesh in Rajkot. Dhawan was looking set for a big knock but he missed a straight delivery from Aminul Islam and lost his wicket for 31.

The 33-year-old was the top-scorer for India in the first T20I that India lost by seven wickets in Delhi.

In the second T20I, bowlers set up the game for India as they restricted Bangladesh to a below-par total of 153 for six. Yuzvendra Chahal was the pick of the bowlers for India who finished his four overs with figures of two for 28.

Chasing 150 to stay alive in the series, Rohit Sharma went berserk and smashed Bangladesh bowling attack to all parts of the ground.

The final T20I will be played in Nagpur on Sunday.

Bhuvneshwar Kumar
Get the latest updates on Fifa Worldcup 2022 and check out  Fifa World Cup Schedule, Stats and Live Cricket Score. Like us on Facebook or follow us on Twitter for more sports updates. You can also download the NDTV Cricket app for Android or iOS.