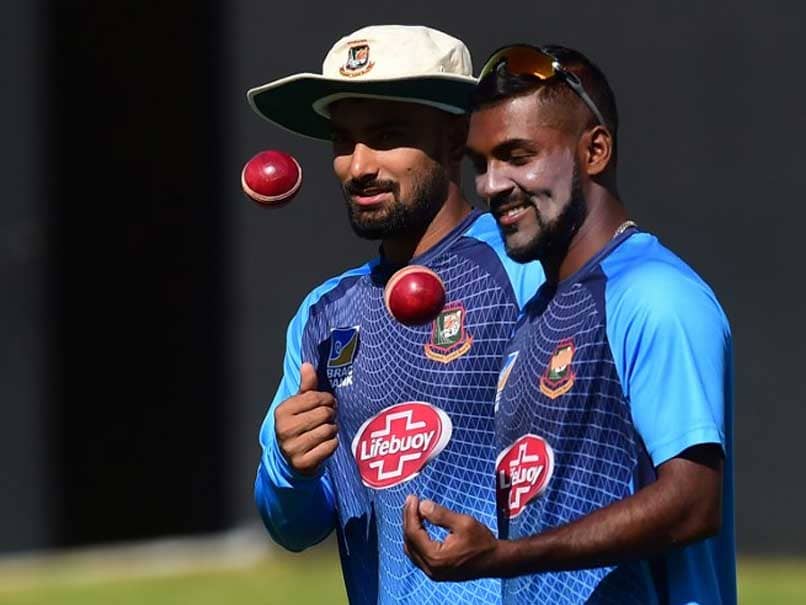 Bangladesh will have a golden chance to improve on the Test record when they face Zimbabwe in a two-match series starting Saturday. The two teams will clash in the first of the two Tests at the Sylhet International Cricket Stadium. And despite the non-availability of top stars like Shakib Al Hasan and Tamim Iqbal, Bangladesh will be overwhelming favourites to win the series. Bangladesh have lost seven of their last eight Tests and failed to get past 200 runs in any of their last six innings.

They were skittled out for 43 in their first of two defeats in West Indies in July.

The world's ninth-ranked Test team took a further hit with injuries to Tamim and captain Shakib, who underwent a finger operation in September.

Batsman Mohammad Mithun is likely to make his Test debut in the first match, which will be hosting its first five-day game.

"We did not do very well in West Indies. Still there is plenty of room to improve. We have home series against them (West Indies) ahead of us," stand-in skipper Mahmudullah Riyad told reporters on Friday.

Zimbabwe skipper Hamilton Masakadza is also looking for better performances after a 3-0 loss in the one-day international series in Bangladesh.

"We don't play a lot of longer-version cricket. We really see the important value of it. We are looking to come out firing," said Masakadza.

"Bangladesh have had an indifferent past in the longer version so for a start in the series, different things are required from each team."

Bangladesh and Zimbabwe had clashed in a three-match One-Day International (ODI) series before the Tests. Bangladesh won all three matches convincingly to whitewash the Zimbabweans and their fans will be hoping for more of the same in the longest format of the game.

Zimbabwe Cricket Team Bangladesh vs Zimbabwe, 1st Test Cricket
Get the latest updates on India vs Australia Series, check out the India vs Australia Schedule for 2020-21 and Ind vs Aus live score . Like us on Facebook or follow us on Twitter for more sports updates. You can also download the NDTV Cricket app for Android or iOS.