Ahead of the second Test, Stand-in captain Mahmudullah urged his teammates to show more fighting spirit. 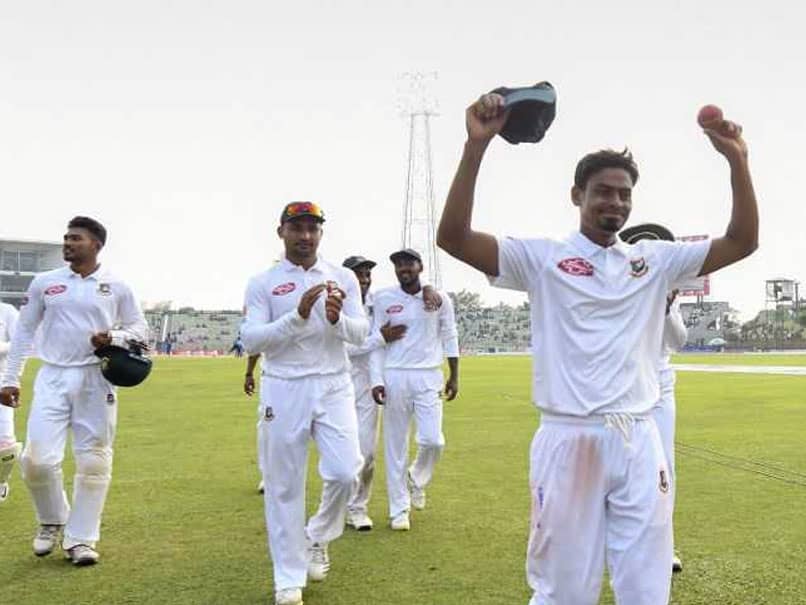 Stand-in Bangladesh skipper Mahmudullah Riyad said his team would go into the second Test against Zimbabwe in Dhaka on Sunday with "a positive frame of mind" to rise above their recent failures. Bangladesh are under pressure to win after Zimbabwe thrashed the home side by 151 runs in the first Test in Sylhet to take a 1-0 lead in the two-Test series this week. "To be frank none of us were thinking of a loss. We are thinking positive. If you think negative you may get stuck in that place," Mahmudullah said on Saturday ahead of the game.

"So we are trying to keep in a positive frame of mind and win the game by playing good cricket," he said.

Bangladesh were heavily criticised for their poor show in the first Test when they were dismissed for 143 and 169 runs in two innings.

It was the eighth consecutive Test innings where Bangladesh failed to cross the 200-run mark.

"I think we are suffering because of a lack of discipline (in batting). You have to raise your concentration in Tests. Otherwise, the chance of performing well is limited," he said.

"In slow and spinning wickets where the ball comes late, you have to play it that way. There comes the importance of discipline. Patience is also important."

The venue for the second Test, the Sher-e-Bangla National Stadium at Dhaka's Mirpur neighbourhood, is known for its slow pitch which has produced a result in 14 out of 17 Tests it hosted.

The last time there was a draw was when rain washed out play in the last four days of a Test between Bangladesh and South Africa in 2015.

"You all will agree with me, Mirpur wicket is always unpredictable. If you don't get what you expect, you have to adjust. We are going in to this match with an empty head and will try to play according to pitch and condition," the captain said.

Mahmudullah, who was leading the side for injured all-rounder Shakib Al Hasan, also defended his players despite their below-par performance in the opening Test.

"I think our players play with their hearts. They always give 100 percent for the country. In this Test they will give 120 percent," he said.

Mahmudullah Taijul Islam Cricket
Get the latest updates on IPL 2021, IPL Points Table , IPL Schedule 2021 , live score . Like us on Facebook or follow us on Twitter for more sports updates. You can also download the NDTV Cricket app for Android or iOS.