Like the men's series, the women's Ashes has traditionally been decided only on Test match results. The women's series starting Aug. 11 in England will include one Test, three one-dayers and three T20 matches. 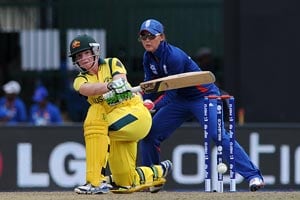 Cricket organizers in Australia and England are changing the way the women's Ashes series will be decided, with limited-overs internationals and Twenty20 matches counting for points along with the test matches.

Cricket Australia senior manager Belinda Clark says the new format "acknowledges the past, embraces the present and takes a bold step towards the future."

Australia and England have played women's test cricket since 1934.

Comments
Topics mentioned in this article
Cricket England Cricket Team Australia Cricket Team Gregory Stephen Chappell BJ Clark
Get the latest updates on Fifa Worldcup 2022 and check out  Fifa World Cup Schedule, Stats and Live Cricket Score. Like us on Facebook or follow us on Twitter for more sports updates. You can also download the NDTV Cricket app for Android or iOS.