Australia coach Justin Langer says beating India in their own den remains the ultimate test and their numero uno status will be put to test when they clash with the Virat Kohli-led team. 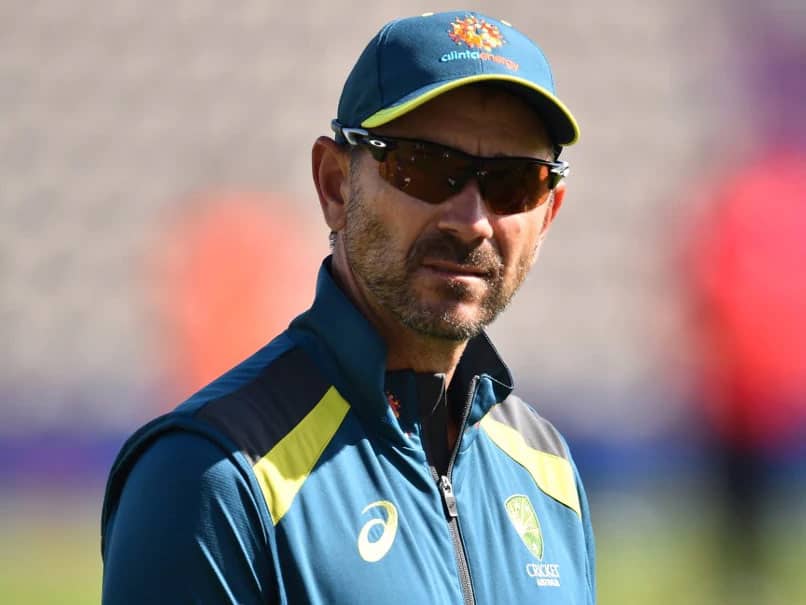 Justin Langer underlined what he felt will be the ultimate test of character.© AFP

Reclaiming the top spot in Test cricket has brought smiles back on their faces but Australia coach Justin Langer says beating India in their own den remains the ultimate test and their numero uno status will be put to test when they clash with the Virat Kohli-led team. After a tumultuous transition phase post the ball-tampering scandal, Australia on Friday displaced India as number one side in Test format but Langer is aware that it does not take long for the situation to change. "We recognise how fluid these rankings are, but at this time it was certainly nice to put a smile on our faces," Langer told Cricket Australia website.

"We've got lots of work to do to get to be the team that we want to be, but hopefully over the last couple of years not only have we performed well on the field, but also off the field," Langer added.

The former left-handed opener underlined what he felt will be the ultimate test of character.

"Certainly a goal for us has been the World Test Championship ... but ultimately, we have to beat India in India and we've got to beat them when they come back (to Australia).

"You can only judge yourself as being the best if you beat the best and we've got some really tough opposition to come," Langer put his priorities in place.

The team he insists needs to get better as now others will come gunning for them.

"Getting to No.1 is a great thing, but when you're No.1, you're always the hunted," Langer said.

"We've been the hunters for a while, now we're the hunted and we need to get better and better."

Langer also hoped that the white ball team under Aaron Finch will win the World Cup.

"I know how hard it is to win World Cups ... everything has to go right. One day, I'd love to see Aaron Finch with all his mates lift that T20 World Cup above his head."

India Cricket Team Justin Langer Cricket
Get the latest updates on IPL 2021, IPL Points Table , IPL Schedule 2021 , live score . Like us on Facebook or follow us on Twitter for more sports updates. You can also download the NDTV Cricket app for Android or iOS.