West Indies all-rounder Ashley Nurse is upbeat about his prospects against India in the one-off Twenty20 International at Queen's Park Oval on Saturday. 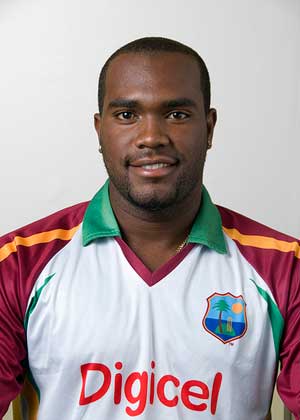 West Indies all-rounder Ashley Nurse is upbeat about his prospects against India in the one-off Twenty20 International at Queen's Park Oval on Saturday.

Nurse, the 22-year-old off-spinner from Barbados, played his first match for the West Indies in April against Pakistan. Now he is back in the set-up and sees Saturday's match as the biggest opportunity of his career.

"This is a very big game for me. I see this as the biggest match of my life. I got a taste of what things are like when I played against Pakistan and I am eager to play against India," he said.

"I've been told that we will have a full house on Saturday and as a player you always like to showcase your skills in front a full crowd," said Nurse.

Nurse has made a huge jump up the ranks. A year ago he was not even in the Barbados team, but brilliant bowling in the Caribbean Twenty20 tournaments has seen him breaking into the West Indies side. He put it down to hard work and self belief.

"I will stick to basics with my bowling. I believe I can make a contribution with the bat so I am taking it seriously," he said.

"I have been working very hard on my overall game and doing a lot of work on my fitness as well. I feel much fitter and stronger than I did when I played against Pakistan."