Alastair Cook on Verge of England Record, Says he Owes it all to Graham Gooch

Alastair Cook needs only 32 more runs in the second Test against New Zealand at Headingley, starting on Friday, to surpass Graham Gooch's mark of 8,900 Test runs. 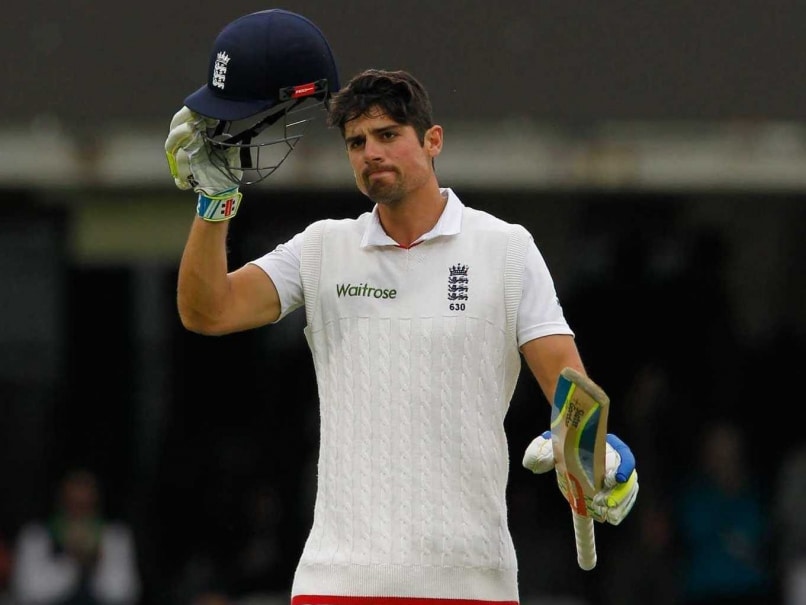 England captain Alastair Cook may be on the verge of breaking Graham Gooch's England Test runs record but he insisted on Thursday that his mentor was still in a class of his own.

Cook, following his majestic 162 in England's 124-run win in the first Test against New Zealand at Lord's, now needs just 32 more runs in the second Test at Headingley, starting on Friday, to surpass Gooch's mark of 8,900 Test runs.

If he does it in this match, it will mean Cook have got there in 114 Tests compared to Gooch's 118, although Gooch arguably faced more genuinely all-time great bowlers throughout his career.

"It would be a lovely moment. I wouldn't put myself anywhere near in his class but it would be a great moment," Cook told reporters at Headingley on Thursday regarding the prospect of overtaking Gooch's mark.

"With batting it's always fraught with danger, you're always only one ball from getting out," he added. (England Hope Centurion Ben Stokes Repeat Lord's Test Performance at Headingley)

"You can't look too far ahead, your job as a batter is to score runs," explained the left-hander, like the right-handed Gooch an Essex and England opening batsman.

"However nice it would be if I do score 30, 31 32 or whatever it is to pass the great man that won't be enough for the game.

"If I'm lucky enough to get that it will be a moment I'll remember but if I am 30 not out it's important in a game situation I go on and get a big score."

Cook first worked with Gooch as a teenager and was in no doubt of his debt to the former England captain.

"I wouldn't be here, or anywhere near here, without Goochie's help, so it will be slightly strange if I do go past his record because without his hard work and dedication to me and my game, I wouldn't have scored half the runs I would have done.

"It's a bit of a strange one. But there will only ever be one Graham Gooch. He's England greatest-ever batsman."

It fell to Cook to tell Gooch that he had been sacked as England batting coach in May last year.

But Cook himself said he had eventually gone back to his original mentor for advice.

"We worked together since I started on the Essex staff at 18 and then made that decision that I'll work on different areas and work with different coaches over a period," said the 30-year-old Cook, whose 27 Test hundreds are an England record.

"While it was really refreshing to work with different guys, I think its really important there's one guy you go back to because he knows your game inside out.

"To have a guy who you trust and have always worked with, I think it's really important for any batter coming through," Cook added.

Since their victory at Lord's, Australian Trevor Bayliss has been confirmed as England's new permanent coach.

Bayliss will be in charge in time for the Ashes, starting in Cardiff in July, with Paul Farbrace -- who worked under the Australian when they were with Sri Lanka -- reverting to assistant coach.

"Trevor's experience in all forms of the game, he's a successful coach, everywhere he's gone he's been successful, his one-day record is very good as well so it will be interesting to hear his ideas on that side," said Cook of the former Kolkata Knight Riders and New South Wales boss.

"It's obviously for England a great coup to have him in terms of his experience, certainly of Australian players but just of the world game as well."

Comments
Topics mentioned in this article
Graham Alan Gooch Alastair Cook England Cricket Team New Zealand Cricket Team Cricket
Get the latest updates on ICC Women's Cricket World Cup 2022 and IPL 2022, check out the Schedule , Live Score and IPL Points Table. Like us on Facebook or follow us on Twitter for more sports updates. You can also download the NDTV Cricket app for Android or iOS.