Mujeeb Ur Rahman struck early in Ireland's innings to claim the wickets of openers Paul Stirling and Kevin O'Brien, and finished with 3/38 to earn the man of the match. 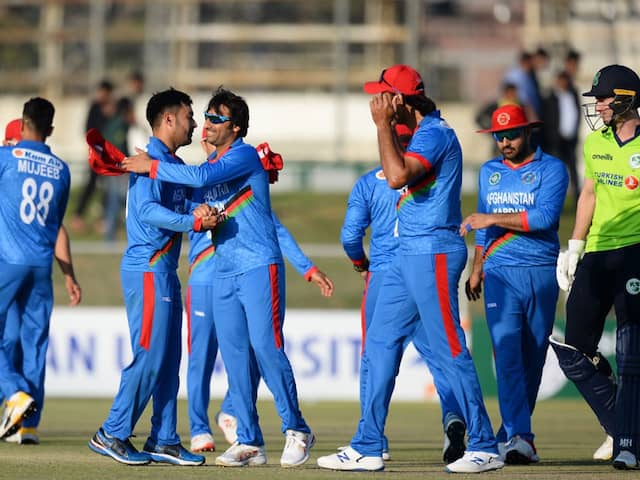 Teenage spinner Mujeeb Ur Rahman took three wickets to help Afghanistan beat Ireland by 21 runs and claim an unassailable 2-0 series lead in the second Twenty20 international in India on Sunday. Afghanistan won the toss and elected to bat, but started sluggishly before skipper Asghar Afghan's 49 off 28 balls lifted the team to 184 for 4 from 20 overs.

Mujeeb struck early in Ireland's innings to claim the wickets of openers Paul Stirling and Kevin O'Brien, and finished with 3/38 to earn the man of the match.

Captain Andrew Balbirnie (46) and Harry Tector (37) mounted a recovery but it was not enough, with Ireland finishing on 163-6.

"Happy to win the series. We focused on some strike rotation before going for quick runs," Afghan told Cricinfo after the match.

"We started pretty well but you have to be good for the whole 20 overs... The series is now gone but it's a big year and we need to focus on the third game," Balbirnie added.

Afghanistan beat Ireland in the first match on Friday in a rain-affected fixture in India.

The two teams play the third and final game, also in northern India, on Tuesday.