Adelaide hosted the first-ever Test under lights using a pink ball last year and it was a roaring success, with record attendances for Australia's clash against New Zealand. 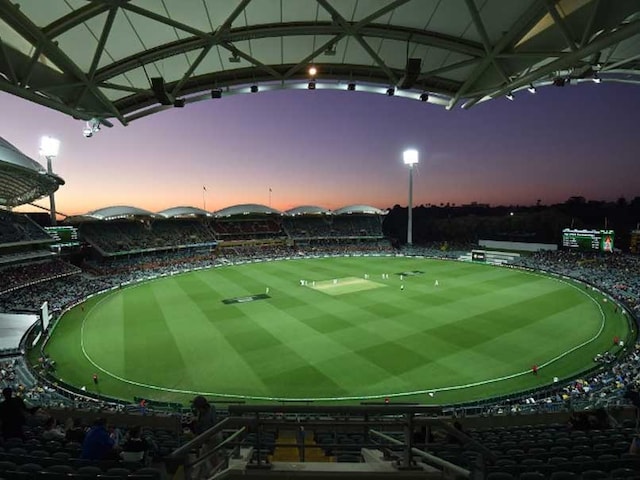 The Adelaide Oval will host another day-night Test match, this time an Ashes game.© AFP

Australia will host England at the Adelaide Oval in the first day-night Ashes Test during the 2017-18 series, building on the success of the concept, Cricket Australia announced on Tuesday.

The series between the arch-rivals opens at the Gabba in Brisbane from November 23 before heading to Adelaide then Perth. Melbourne hosts the traditional Boxing Day Test with Sydney rounding it off.

Adelaide hosted the first-ever Test under lights using a pink ball last year and it was a roaring success, with record attendances for the clash against New Zealand.

Buoyed by the public reaction, the same venue was used for a day-night Test against South Africa last month, while Australia face Pakistan under lights in the first Test at Brisbane this week.

"We know how much Adelaide fans love this style of Test cricket. We're expecting a full house next year in what is sure to be a great contest."

While the Gabba has long been the first Test on the Australian summer calendar, it lost that right to Perth this year.

Sutherland said Perth had been pushed back to mid-December for the Ashes to give it more time to complete construction of the new 60,000-seat Perth Stadium.

He added that given the slightly later-than-usual start to the series, the schedule allowed for at least three Sheffield Shield matches to be played before the Brisbane opener as preparation.

A lack of Sheffield Shield cricket was one of the reasons blamed for Australia suffering a run of five heavy Test defeats this year, before a new-look side ended the slump by beating South Africa last month.

First Test - November 23-27 at the Gabba in Brisbane

Comments
Topics mentioned in this article
Cricket England Cricket Team Australia Cricket Team
Get the latest updates on IPL 2020, check out the IPL Schedule for 2020 and Indian Premier League (IPL) Cricket live score . Like us on Facebook or follow us on Twitter for more sports updates. You can also download the NDTV Cricket app for Android or iOS.