A 'Virat' Commitment Towards A Healthier India

Virat Kohli is an athlete par excellence but what makes him a super-achiever is his skill-set combined with a passion for fitness. A youth icon Virat, is now urging young India to take fitness and wellness seriously  but it isn't entirely an altruistic act. 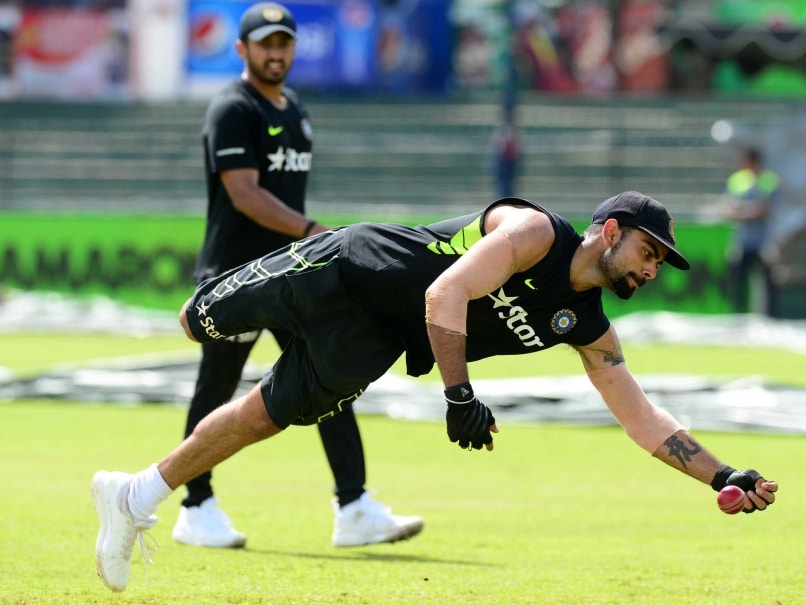 Virat Kohli's popularity is not just zooming on the cricket field but off it too. Being the most googled Indian athlete, India's Test skipper is making every effort to put his reputation to good use. He has been associated with a gym chain, an energy drink, a sports tech start-up in the past, now for the first time, Kohli has got into a venture for kids.

Virat has joined hands with Stepathlon, a pedometer-based, mass participation event. It provides access to a fun, engaging and interactive online race that encourages participants to be more active in their day to day life.

The dashing Indian batsman is taking the initiative to kids of 8-14 years. In an interview to NDTV, Kohli says, "We keep talking about how smart the kids have become and at the same time they don't get out of the house at all which is alarming. When I was growing up there were not many gadgets around. Technology has evolved in the last 10 years but at the same time there needs to be a balance and that's what we are trying to create."

Stepathlon kids will be focused on building holistic health in the country- encouraging physical activity an educating kids on nutrition, exercise, stress and much more.

Kohli feels passionately about making the gen-next fitter, " I wasn't the healthiest eater, coming from a Punjabi background I ate paranthas with butter. That's what I have grown up on. Hence I want the kids of today to understand their body, their needs early because I started working on my fitness levels as late as 2012."

It was a wake-up call that transformed Virat Kohli into the fitness freak he is today, "After IPL 2012, I realised that I needed to make changes in my physical condition and my fitness levels. I did not want to be an average player. I understood that If I had to be the best in the world, I needed to be as fit as I possibly can and that was a lifestyle choice."

That was the start of a life-changing journey for the Indian skipper. He adds, "I started understanding the physical aspect and it has got me results that I had never expected. It gave me more belief and now I am fit enough to execute my plans. I was able to strike a balance between life and cricket as well. "

A turn-around in fitness levels has led to a turn-around in Virat's batting as well. Runs have been flowing from his bat ever since. How has fitness changed Virat as a person and a cricketer? "Being healthy helps me think better, make better choices. Not many people understand that. Why do we train before we go to play? - Because it releases endorphines, helps one feel better, helps train better. If you are lying around doing nothing, it's an invitation for negativity."

And it is this positivity that he wants to spread among the gen next and tell them fitness is the parameter that can separate 'the good' from 'the great'.