The horror incident saw Meenakshi fall from her bike before sliding down the banking on the bend. 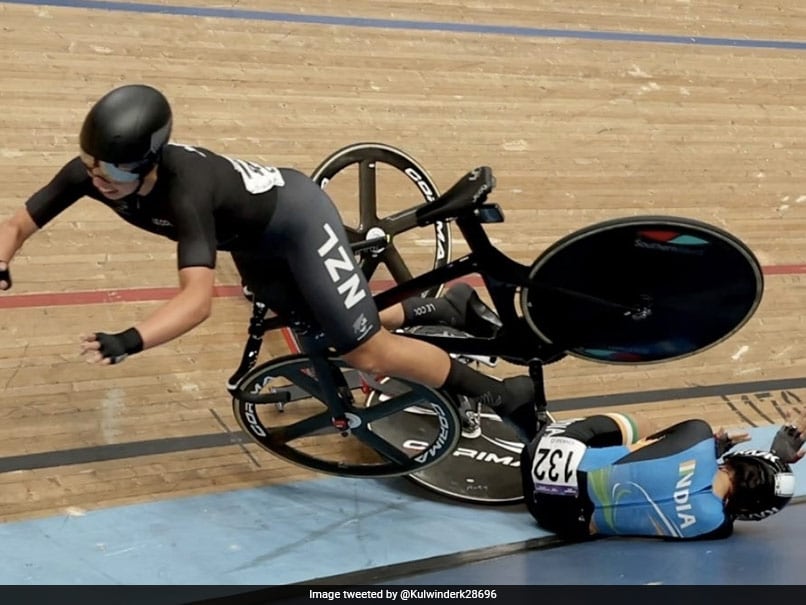 Indian cyclist Meenakshi suffered a crash and was run over by one of her rivals in the women's 10km scratch race at the Commonwealth Games in Birmingham. The horror incident saw Meenakshi fall from her bike before sliding down the banking on the bend. New Zealand's Bryony Botha was also caught by the crash, as her cycle ran over Meenakshi and Botha too fell from her bike. Soon after accident, medics rushed to the scene and both the riders were taken out of the race. Meenakshi was carried off on a stretcher.

The race also involved England's Laura Kenny, who was leading the pack before the race was brought to a halt.

England's Laura Kenny won the gold in the event. A video of Meenakshi's crash has going viral on social media.

This is the second crash in two days at the Lee Valley Velo Park after England's Matt Walls fell from his bike.

Comments
Topics mentioned in this article
CWG 2022 India Cycling
Get the latest updates on IPL Auction 2023 and check out  IPL 2023 and Live Cricket Score. Like us on Facebook or follow us on Twitter for more sports updates. You can also download the NDTV Cricket app for Android or iOS.