CWG 2022: Weightlifter Bindyarani Devi won the silver medal in the women's 55kg. It was India's fourth weightlifting medal of the day. 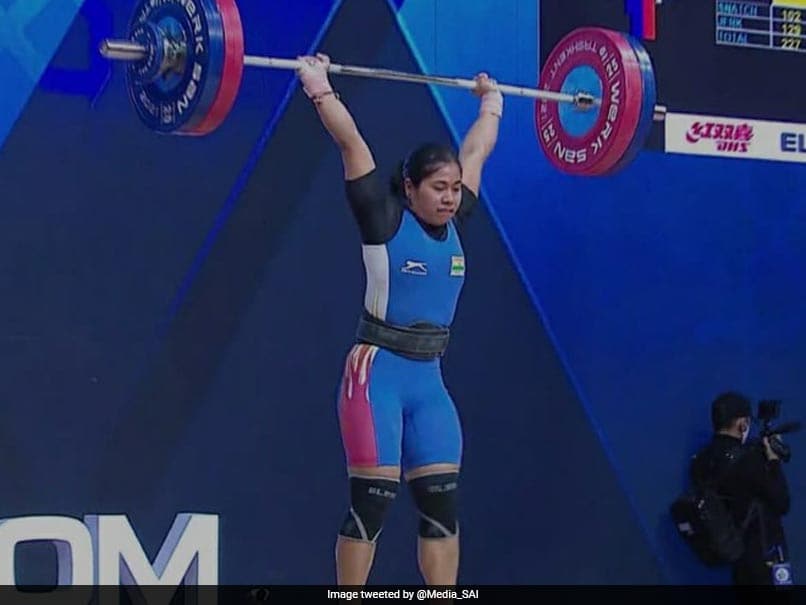 India's Bindyarani Devi won the silver medal in the women's 55 kg weightlifting at the Commonwealth Games 2022 in dramatic fashion to take India's tally to four on Saturday. She looked set for a bronze when she failed in her second clean and jerk attempt of 114kg. But she attempted 116 kg with her final lift and managed to fire into the second position, and finished with just 1 kg less than gold medallist Adijat Olarinoye from Nigeria. The 23-year-old lifted a total of 202 kg. She lifted 86 kg in the snatch round and registered a Commonwealth Games record lift of 116 kg in the clean and jerk round.

Nigeria's Adijat Adenike Olarinoye also obliterated the Games record in snatch and total effort with an aggregate of 203kg (92kg 111kg) to win the gold medal.

Sponsored by Vuukle
Comments
Topics mentioned in this article
CWG 2022 India Weightlifting Bindyarani Devi
Get the latest updates on IPL Auction 2023 and check out  IPL 2023 and Live Cricket Score. Like us on Facebook or follow us on Twitter for more sports updates. You can also download the NDTV Cricket app for Android or iOS.