Nikhat Zareen (50kg), Nitu Ganghas (48kg) and Mohd Hussamudin (57kg) have also reached the semifinal stage to be assured of medals in their respective categories. 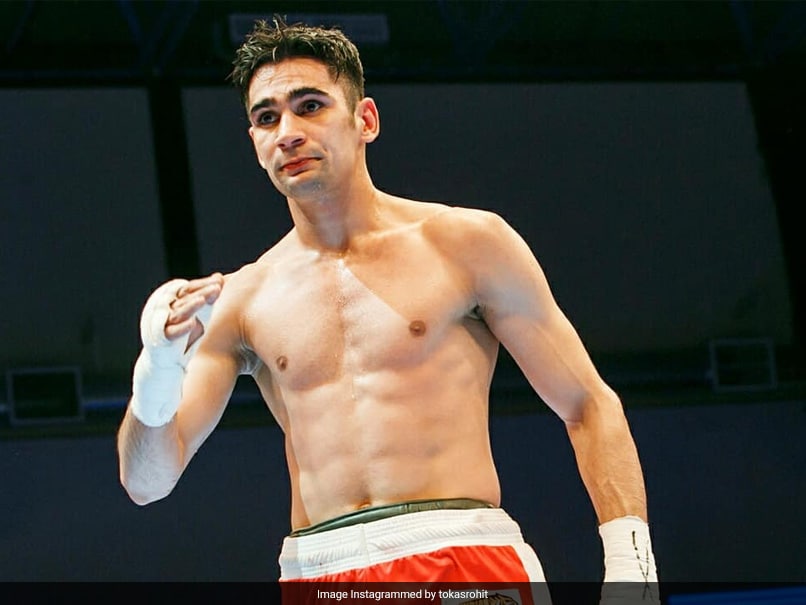 Rohit Tokas and Sagar Ahlawat continued India's medal rush in boxing, joining Amit Panghal and Jasmine in the semifinals. While Tokas registered a unanimous win over Xavier Mata'afa-Ikinofo of Niue in the men's welterweight (over 63.5kg-67kg) quarter-final match, Ahlawat registered a dominating win over Seychelles' Keddy Evans Agnes in men's +92kg competition at the Commonwealth Games in Birmingham on Thursday. The 22-year-old Ahlawat from Haryana notched up a 5-0 win over Agnes in the super heavyweight quarterfinal to take India's medal count in boxing to seven at the showpiece. Earlier, Jasmine beat New Zealand's Troy Garton by a 4-1 split verdict in the women's lightweight (60kg) quarter-final, while Panghal too won his flyweight (48-51 kg) quarter-final against Scotland's Lennon Mulligan to assure two more medals for India.

In the men's bout, it was an unanimous verdict in favour of the Indian southpaw, who had won a silver medal during the last edition in Gold Coast.

The bout wasn't of great quality, but Panghal prevailed over his younger Scottish opponent, tiring him out with his solid defence. He gained points with occasional ferocious counter-attack.

In the first two rounds, the 26-year-old Indian employed a guard down approach to invite Mulligan to go on the offensive but swayed away from his reach with some nimble footwork.

In between, he did land a couple of left jabs to rattle the 20-year-old Scot, and in the final round, unleashed a barrage of 'one-two' combination (a left-jab followed by a right cross).

Mulligan, in fact, got a standing count and by the end of round two the writing was on the wall, and Panghal was assured of a second CWG medal.

Nikhat Zareen (50kg), Nitu Ganghas (48kg) and Mohd Hussamudin (57kg) have also reached the semifinal stage to be assured of medals in their respective categories.

Comments
Topics mentioned in this article
CWG 2022 India Boxing Amit Panghal
Get the latest updates on IPL Auction 2023 and check out  IPL 2023 and Live Cricket Score. Like us on Facebook or follow us on Twitter for more sports updates. You can also download the NDTV Cricket app for Android or iOS.