George Miller bagged the mixed pairs gold in lawn bowls for Scotland. The team scripted 16-9 victory over Wales to win gold in the para mixed pairs. 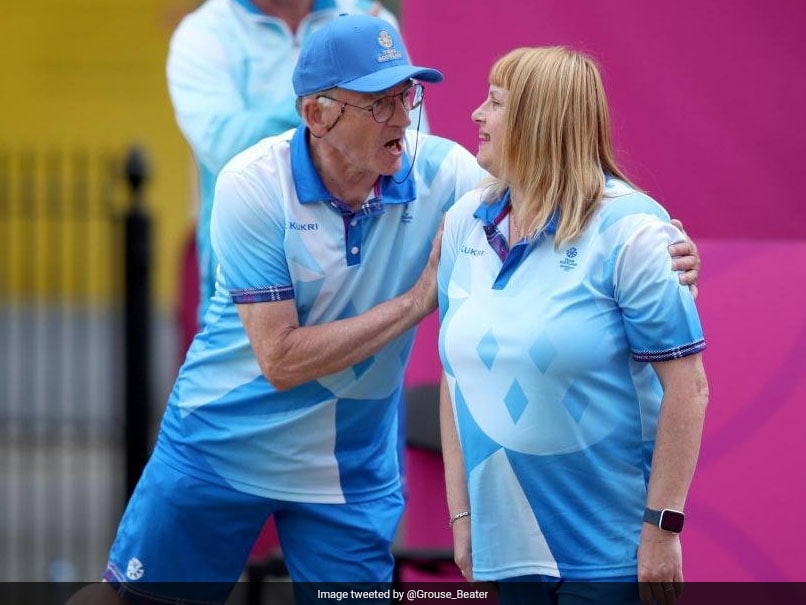 George Miller, 75 years and eights months old, on Friday became the oldest player to win a medal at the Commonwealth Games when he bagged the mixed pairs gold in lawn bowls for Scotland. The team, lead Melanie Innes, her director Miller and skip director Sarah Jane, scripted Scotland's 16-9 victory over Wales to win gold in the para mixed pairs B2/B3 at Victoria Park.

"I think Rosemary is quite pleased," said Miller, while replacing teammate Rosemary Lenton as the oldest gold medal winner in Commonwealth Games history.

On his message to older people who might want to get involved in the sport: "Bowls is quite easy for older people but any sport, walking, football, rugby, you name it, get out there, exercise, play games. Competing is brilliant whatever age you are," he said.

Sponsored by Vuukle
Comments
Topics mentioned in this article
CWG 2022 Lawn Bowls
Get the latest updates on IPL Auction 2023 and check out  IPL 2023 and Live Cricket Score. Like us on Facebook or follow us on Twitter for more sports updates. You can also download the NDTV Cricket app for Android or iOS.