WYCC: 14-year-old R Praggnanandhaa and four other Indians advanced to the next round by picking up maximum possible two points so far. 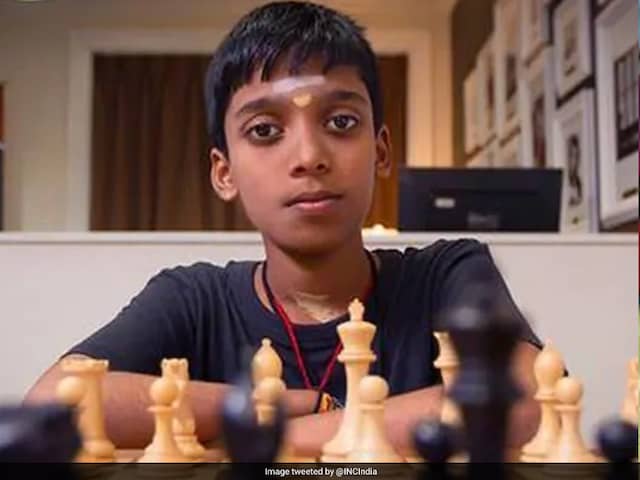 R Praggnanandhaa defeated Poland's Antoni Kozak in the Open U-18 in second round.© Twitter

Indian prodigies Grandmaster R Praggnanandhaa and Woman International Master Divya Deshmukh notched up their second straight victories as Round 2 of the World Youth Chess Championship (WYCC) concluded on Thursday morning without any major upsets. Chennai's Praggnanandhaa got the better of Poland's Antoni Kozak in the Open U18 while Nagpur's Divya routed Bhagyashree Patil in the Girls U-14 to underline their form and preparedness for the 11-round mega event, India's biggest chess tournament in recent times. Fourteen-year-old Praggnanandhaa was among 12 players, including four other Indians, to maintain a clean slate and pick up the maximum possible 2 points so far.

On move 17, he sacrificed his Rook for a Knight as he put pressure on Antoni's king.

The Pole soon returned the sacrifice, hoping to get away unscathed. But Praggnanandhaa was meticulous in his play and swiftly marched towards victory.

In a complicated endgame, Sargsyan played aggressively with his pawns, which ultimately proved to be the deciding factor in his win.

India's other Grandmaster P Iniyan too had a fairly easy run, beating Ravan Aliyev of Azerbaijan.

Aditya Mittal, Srijit Paul and Luke Mendonca were the other Indians who won their matches in the morning session. Round 3 began in the evening and was expected to go on till late in the night.

In Girls U14, top seed Divya Deshmukh wheeled out the Sicilian Defence in reply to Bhagyashree's King Pawn opening.

Right at the start, Divya played a string of attacking moves which her opponent couldn't cope with. The game ended on move 30 with Bhagyashree's resignation.

Rakshitta Ravi and Dhyana Patel were the other Indians in this category who scored easy wins.