Capitalising on an unforced error by Magnus Carlsen, five-time World Champion Viswanathan Anand enjoyed a pawn plus position for a long time but the Norwegian simply hung on there to salvage an important half point in the strongest super tournament of this year. 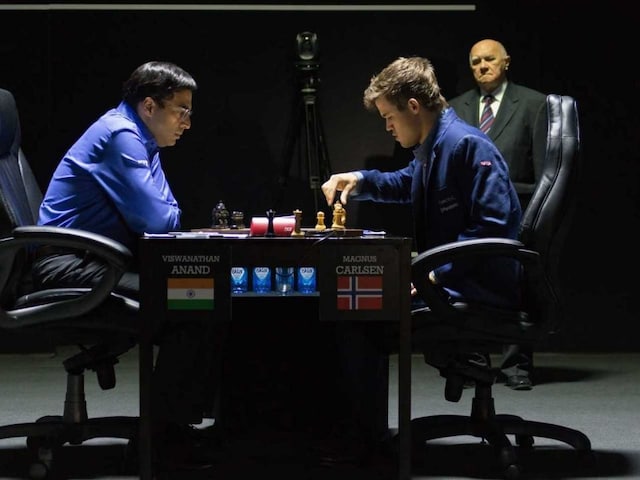 Viswanathan Anand let a golden opportunity slip as he let reigning World Champion Magnus Carlsen off the hook and settled for a draw with the Norwegian in the first round of 2nd Vugar Gashimov Memorial chess tournament, here on Friday.

Capitalising on an unforced error by Carlsen, five-time World Champion Anand enjoyed a pawn plus position for a long time but the Norwegian simply hung on there to salvage an important half point in the strongest super tournament of this year.

For Anand, the draw was a positive result but the Indian wijard must be wondering what went wrong in converting what looked like a pawn plus endgame with a decent advantage. The draw however made Anand open his account in a positive way and the Indian can take a cue from here to go down at other opponents.

It was a Marshall Gambit by Carlsen that the Norwegian uncorked for the first time against Anand. The die was cast early as Carlsen came up with a new idea in the opening but could not perturb Anand as he retained a small advantage.

Carlsen erred almost decisively in the middle game and responded in the best possible manner. The resulting end-game was a pawn plus for Anand and although the Indian got a chance to torment Carlsen for a long time, the winning move never came.

The game was eventually drawn when Carlsen equalised the material. While Anand was close to winning, the biggest result was recorded by Wesley So of United States who accounted for Anish Giri of Holland to go in early lead along with Vladimir Kramnik of Russia.

Kramnik account for ninth seed Michael Adams of England in this ten-player round-robin tournament with a 100,000 Euros in prize money.

With Kramnik and So emerging as early leaders, Anand, Carlsen, Maxime Vachier-Lagrave of France, Rauf Mamedov of Azerbaijan, Fabiano Caruana of Italy and local star Shakhriayar Mamedyarov emerge on the joint third spot after the first round with half a point in their kitty.

Wesley So made most of his white pieces to beat Anish Giri who went for unwarranted complications in the middle gamearising out of an irregular opening. So won a piece and digested it well to start on a great note.

Kramnik was in his element in the technical endgame arising out of a Catalan opening as white. Adams lost the plot after making an error and could never recover.