Koneru Humpy, who had claimed the World Women's Rapid Chess Championship title on Saturday, lost the final three games on Day 2 to bow out of the Blitz competition. 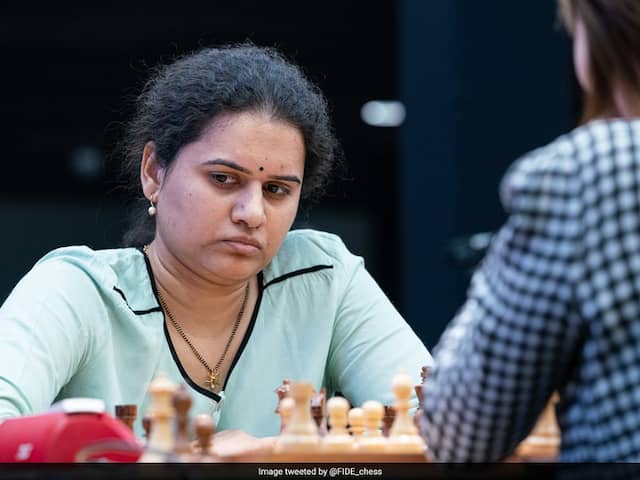 A hat-trick of losses in the last three rounds ended Koneru Humpy's hopes of a second title at the women's World Rapid and Blitz Championships as the Indian Grandmaster finished 12th overall in the two-day blitz competition. Kateryna Lagno of Russia and Norway's Magnus Carlsen defended their titles in the women's and men's blitz competition on Monday. Humpy, who had claimed the World Women's Rapid Chess Championship title after drawing the 'Armageddon' game against Lei Tingjie of China on Saturday, was placed second with seven points from nine rounds after the opening day of the blitz competition.

However, the 32-year-old Indian failed to continue in the same vein and ended the tournament with 10.5 points out of 17 games.

Humpy started the second day of the blitz competition by winning the first two games. She then shared the lead with Lagno after round 13 with two draws. After round 13, Humpy and Lagno had 10 points each but the Indian then drew against Russia's Alisa Galliamova in the 14th round to drop to the second position, half-a-point behind Lagno, who had claimed another crucial win.

Humpy, who had taken a two-year sabbatical from 2016 to 2018 after she became a mother, then lost the final three games to bow out of contention.

Lagno, who had scored 8 points out of 9 games to grab the top position after day one, continued her good run to finish with 13 points out of 17 games to retain the title.

Ukraine's Anna Muzychuk finished second while the 3rd and 4th places went to Tan Zhongyi of China and Valentina Gunina of Russia.