Cricketing numbers in the Twenty20 age

The Champions League Twenty20 could arguably be the pinnacle of domestic Twenty20 cricket as far as the standard of play is concerned, but in grabbing eyeballs, it's hardly been anywhere near pinnacle level. A tournament that's only four editions old has already had three different title sponsors, and it always seems to be squeezed in between other tournaments. 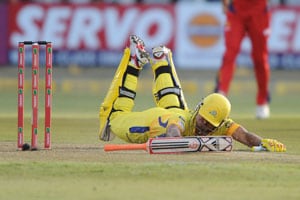 The Champions League Twenty20 could arguably be the pinnacle of domestic Twenty20 cricket as far as the standard of play is concerned, but in grabbing eyeballs, it's hardly been anywhere near pinnacle level. A tournament that's only four editions old has already had three different title sponsors, and it always seems to be squeezed in between other tournaments.

While it may not have garnered astronomical TRP ratings, what the tournament did was reinforce in small ways the fact that the Twenty20 format is a different animal from other forms. When One-Day Internationals came into being, they changed the dynamics of measuring the worth of a batsman or bowler, with the rate of scoring an added factor.

However, because ODIs allow enough space for a batsman to build an innings and a bowler to probe in spells, the index by which batting and bowling worth was traditionally measured - the average - still held strong.

For a Twenty20 contest, that does not seem to be the case.

Take the example of Simon Katich in the Champions League. Katich, who played for Perth Scorchers, was his team's highest run-scorer; in four matches, he had an average of 40.33. On the face of it, scoring 40-odd runs in a Twenty20 match should be a good performance, but Katich's runs came off 116 balls. He made a substantial score each time he batted, but he also took up a valuable number of deliveries.

And in the world of T20 cricket, deliveries are as important as preserving your wicket. Only 120 of them are available in an innings, while the number of wickets a batting side has remains fixed at ten. There have been 289 T20 Internationals so far, in which 63,395 balls have been bowled and 3700 wickets taken. On an average, each batsman has thus faced just over 17 balls.

The numbers aren't too different if the scope is widened and matches from the Champions League or the Indian Premier League (IPL) are included. They remain in the range of 17 to 19 balls.

If batsmen last that long, the number of wickets a team will lose on average is about six to seven in an innings. That the compressed format allows for greater hitting license is a given, but put in the context of numbers, it is easier to see why this is so, since the danger of becoming all out has been reduced to a minimum.

The batting and bowling averages are superb measures of effectiveness in Test cricket, where the result rests entirely on getting 20 wickets. For a Twenty20 match, though, measuring effectiveness through just averages is misleading and inaccurate.

In the recent World T20 in Sri Lanka, Pakistan won their league match against New Zealand by 13 runs, with Saeed Ajmal's 4 for 30 ensuring New Zealand got to only 164 for 9 in reply to Pakistan's 177 for 6. Ajmal rightly grabbed the headlines, but Mohammad Hafeez's performance was equally impressive. Hafeez bowled four overs and took no wickets, but conceded only 15 runs. 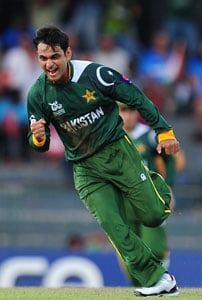 In a high-scoring match, that was gold dust. Hafeez was done with his spell by the 14th over, at the end of which New Zealand were 102 for 2, with Ajmal having bowled only one over. Hafeez's overs aside, New Zealand had hit 87 runs off the other ten bowled, but were still left needing a steep 76 off the final six overs.

Fairness demands that Hafeez's bowling be lauded just as much as Ajmal's, but if a newspaper had only space enough for a 'brief scores' update and two bowlers' figures were printed, it is very likely that they would be those of Ajmal and some other bowler who had a wicket to his name.

Or take a match from IPL 2010 involving Royal Challengers Bangalore and Kings XI Punjab. Punjab had put up 181 for 5, which Bangalore chased down in 19.1 overs. Robin Uthappa was Bangalore's fourth-highest scorer in the match, his 22 a long way off Kevin Pietersen's top score of 66 not out in 44 balls. But Uthappa's innings came off a mere eight balls and changed the complexion of the match. He hit Brett Lee for 19 runs in five balls, and so rattled him that Lee ended up conceding five wides in a mammoth 25-run over. From needing 48 runs in four overs, Bangalore's equation came down to 23 runs off 18 balls.

Measuring cricket statistics by way of runs and wickets is almost an automatic reflex, but in the case of Twenty20s, it should be revisited. There needs to be scope to reflect just how valuable a role is played by the men who might not have the most wickets or runs, but have turned matches around the way Hafeez and Uthappa did.