It will be the Delhi Daredevils' batting power up against Lions' bowling consistency. 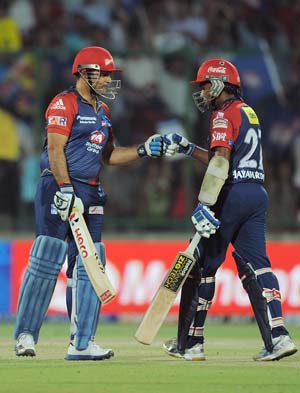 Delhi Daredevils' batting might would be put through a stern test by the consistent bowling attack of Highveld Lions when the two sides clash in the first semifinal of the Champions League Twenty20 on Thursday.

While the Daredevils finished their league engagements unbeaten and on top of Group A after two wins and a couple of washouts, the Lions ended second in group B with three victories and a loss from their four preliminary matches.

Delhi are the only IPL side left in contention after three others were knocked out in the group stage itself. The Lions, on the other hand, are one of the two South African sides, the other being Titans, to have reached the semifinals.

But the team looked vulnerable the last time weather permitted it to come out in the middle, against Perth Scorchers. Had it not been for a uncharacteristically patient half century by Sehwag, Delhi did stare at defeat against the Scorchers.

David Warner has been warming the benches in this tournament and he will be itching to have a go in case the team management decides to include him in the line-up.

On the bowling front, Delhi's attack looks decent spearheaded by Irfan Pathan and Morne Morkel. The young Umesh Yadav has come good and so has veteran all-rounder Ajit Agarkar, who seems to be rediscovering his form.

The Lions, on the other hand, have been relying on their enterprising bowling to carve out wins.

"We always thought we can make it to the semis and even the final. The guys have been working hard since April, when we lost the final of the MiWay T20 Cup to the Titans. So, it's not a surprise that we're in semi-finals; we were expected to do well," said left-arm spinner Aaron Phangiso, who has eight wickets in four matches at an economy rate of 4.43.

The only match in which the left-arm pairing of Sohail Tanvir and Dirk Nannes went for runs was against clinical Sydney Sixers.

But they returned to the forefront with a good performance against Yorkshire in their final group match. In the spin department, Phangiso has shown incredible temperament in all his four outings.

The 28-year-old spinner will be high on confidence and poses a serious threat to the Delhi batsmen. 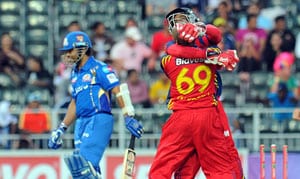 On the batting front, Alviro Petersen, Quinton de Kock and Neil McKenzie are the three main characters in the Lions plans.

Gulam Bodi played a couple of good knocks to start with but came a cropper against Yorkshire and he would look to raise his game in the big game.