With a gold, a silver and two bronze medals, the Indian contingent recorded one of its best performances at the Women's World Championships. 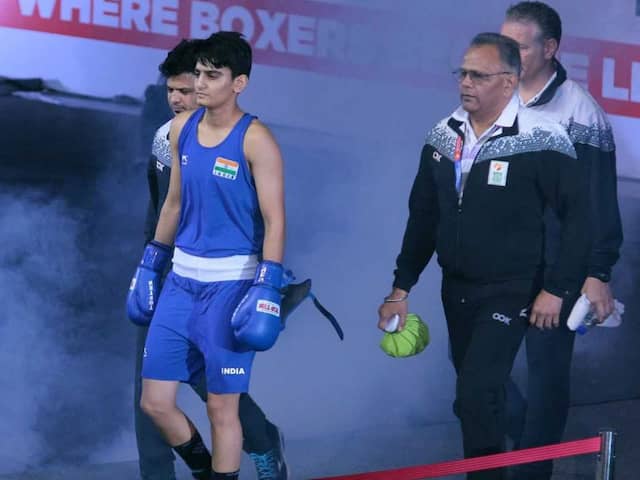 Sonia secured a silver to end India's campaign at World Championships on a high.© BFI

Sonia secured a silver medal at the Women's World Championships 2018 following Mary Kom's historic victory at the KD Jadhav Stadium in New Delhi on Saturday. The 21-year-old Bhiwani-born boxer lost the 57 kg featherweight final bout to Ornella Gabriele Wahner of Germany in a split decision of 1-4. Earlier, Mary gave India the first reason to rejoice by clinching a record sixth gold medal with a unanimous 5-0 result over Ukraine's Hanna Okhota.

Sonia, who thrashed North Korea's Jo Son Hwa in a unanimous 5-0 decision in semi-final, appeared under pressure since the start of the bout. Making her first World Championships final appearance, Sonia managed to seal a silver medal to end India's campaign on a high. With a gold, a silver and two bronze medals, the Indian contingent recorded one of its best performances at the Women's World Championships. India had produced such an impressive show back in the 2008 edition in China, where the pugilists won the same number of medals.

Having started her boxing career in 2011, Sonia made her first impression at the senior level after winning a gold medal at the Serbia Cup in 2017, and then secured a bronze at the Ahmet Comert tournament in Turkey in 2018.

While Sonia seemed anxious at the big stage, 35-year-old Mary Kom looked in perfect shape through the 48 kg light flyweight summit clash. Having previously won gold medals in 2002, 2005, 2006, 2008 and 2010 (and a silver in 2001), the magnificent Mary has become the most successful woman boxer in the history of World Championships.

Mary had last won a gold at the World Championships eight years ago in in Bridgetown, Barbados. A lot has happened since then. The 35-year-old Manipuri boxer is a mother of three now.

However, the home crowd gave Mary the essential confidence against her Ukrainian opponent at the KD Jadhav Indoor Stadium. She earlier won a gold medal when India hosted the biennial amateur boxing event in 2016 in New Delhi.

"I want to thank the fans who turned up today to cheer me and the Indian contingent. They have been supporting me for last many years," Mary thanked the home crowd after winning the final bout.

Comments
Topics mentioned in this article
Mary Kom Boxing Other Sports
Get the latest Cricket news, check out the India cricket schedule, Cricket live score . Like us on Facebook or follow us on Twitter for more sports updates. You can also download the NDTV Cricket app for Android or iOS.