Ahead of his 10th Pro-Boxing bout against Ernest Amuzu of Ghana, India boxing star Vijender Singh is not taking anything for granted as he is gearing up for his double title defence match at the Rajasthan Rumble on December 23. 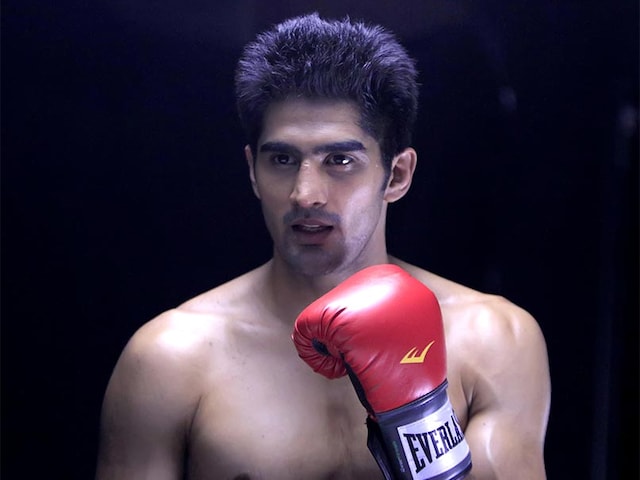 Ahead of his 10th pro-boxing bout against Ernest Amuzu of Ghana, India boxing star Vijender Singh is not taking anything for granted as he is gearing up for his double title defence match at the Rajasthan Rumble on December 23. The 32-year-old India boxer will be squaring off against Amuzu in a Super Middleweight clash. Reiterating his point, Vijender said that it is a matter of only one punch and the bout is decided. He further added that there have been times when lower-ranked boxer defeats the higher-ranked rivals.

"It is a matter of just one good punch and the bout is decided. Many a times we have seen that lower-ranked boxers defeat their much higher-rated rivals. I am not taking anything easy," Vijender said on the eve of the fight.

"It is often said that everything is fair in love and war this bout is also like a war. If his morale is down I would be happy," he added.

Vijender also spoke about being challenged by British star Amir Khan despite the fact that the two boxers are in altogether different weight categories. Khan competes in the light welterweight division and his decision of jumping to even welterweight had ended in a knockout loss.

Vijender, on the other hand, is placed even higher at super middleweight.

But the Indian nonetheless is not averse to a contest if it ever becomes practically possible.

"I have heard enough of challenges he has been throwing to me. I feel we should now face each other. I am willing to take him on and would like to fight against him next year," he said.

Khan is a former Olympic silver-medallist and has been former light welterweight world champion in the pro circuit.