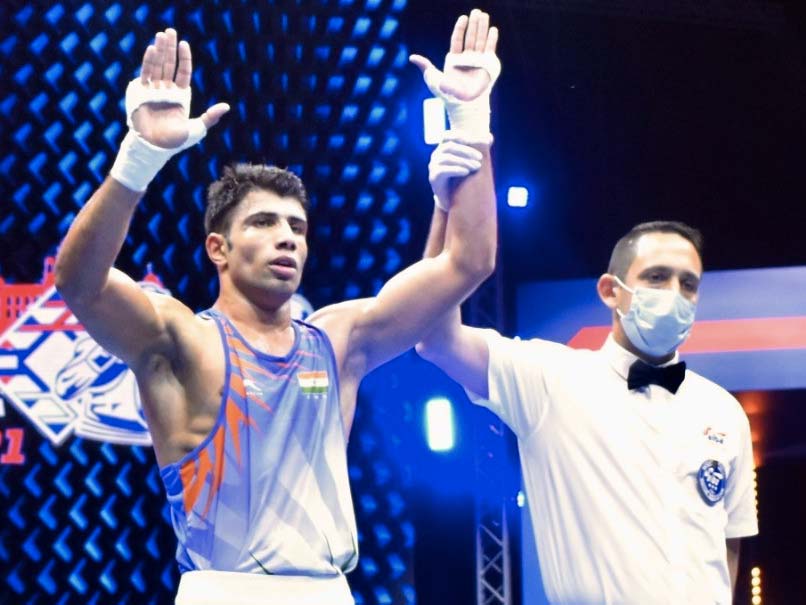 Indian boxer Sumit Kundu (75kg) upstaged world championship silver-medallist Dzhambulat Bizhamov of Russia to enter the second round but three others lost their opening bouts in the 73rd Strandja Memorial Tournament in Sofia, Bulgaria. Competing in only his second senior international tournament, reigning national champion Sumit prevailed 5-0 over his opponent on Sunday to set up a clash with Ukraine's Oleksandr Khyzhniak. However, Narender Berwal ( 92kg), Varinder Singh (60kg) and Lakshya Chahar (86kg) lost their opening round clashes.

Narender went down 2-3 against Spain's Ayoub Ghadfa Drissi while Varinder and Chahar lost to Russians Artur Subkhankulov and Sharabutdin Ataev by 5-0 and 4-1 margins respectively.

Shiksha will face reigning Asian champion Dina Zholaman from Kazakhstan in the 54kg category, while Nitu (48kg) and Anamika (50kg) are the other two Indian women who will begin their campaign.

Among men, Akash Sangwan (67kg), who received a bye in the opening round, will fight German pugilist Deniel Krotter in his second round bout late this evening.

The tournament, features over 450 boxers from 36 countries, including traditional powerhouses such as Kazakhstan, Italy, Russia and France.

A 17-member Indian contingent, including seven men and 10 women, is participating at the tournament.