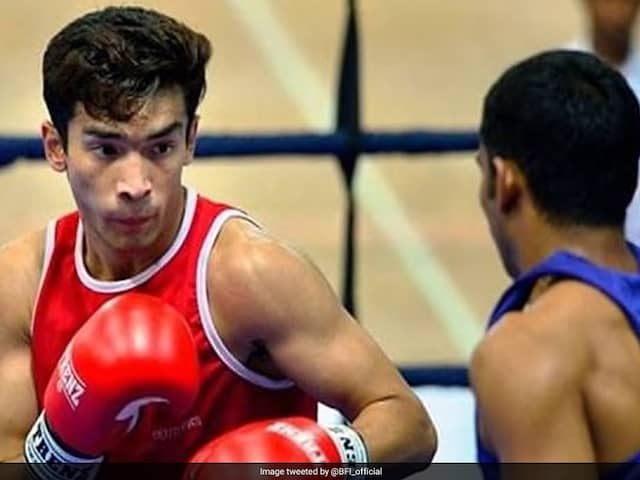 Thapa is also the reigning national champion and a bronze-medallist from the 2015 world championships.

Former Asian Games bronze-medallist Rani edged past Australia's Caitlin Parker in a split 4-1 decision to ensure that the Indian women's contingent also had a gold in its kitty.

Asian bronze-medallist Ashish (69kg), however, lost to Japan's Sewon Okazawa to sign off with a silver medal. The Indian went down in a 1-4 judgement.

Rani is a three-time Asian medallist, the most recent of those medals being a gold earlier this year. Hailing from Haryana, the boxer is employed as an Income Tax inspector in the state government.

The 28-year-old, who was encouraged to take up boxing by one of her teachers, had kept her career choice a secret from her family for six months, fearing that she would be asked to reconsider her decision.

The more seasoned Thapa has been enjoying a good year even though he is out of contention from next year's first Olympic qualifier in China after Manish Kaushik secured the berth with a bronze in the world championships.

This year, Thapa has already won an Asian bronze, followed by an India Open gold before being crowned the national champion for a third time earlier this month.

"Shiva has matured quite a lot in the last one year and this is showing in the way he is performing. He has been in tremendous form and will continue to grow," national coach C A Kuttappa told PTI.

"Ashish too is developing into a good boxer. His transition from youth to senior level has been very smooth," he added.

All these pugilists had made the last-four stage without any preliminary contest owing to the small size of their respective draws.