Amit Panghal (52kg) stormed into the final of World Boxing Championships with a split decision win over Saken Bibossinov of Kazakhstan. Manish Kaushik finished his campaign in the tournament with a bronze as he lost to top-seeded Andy Cruz of Cuba in men's 63kg category. 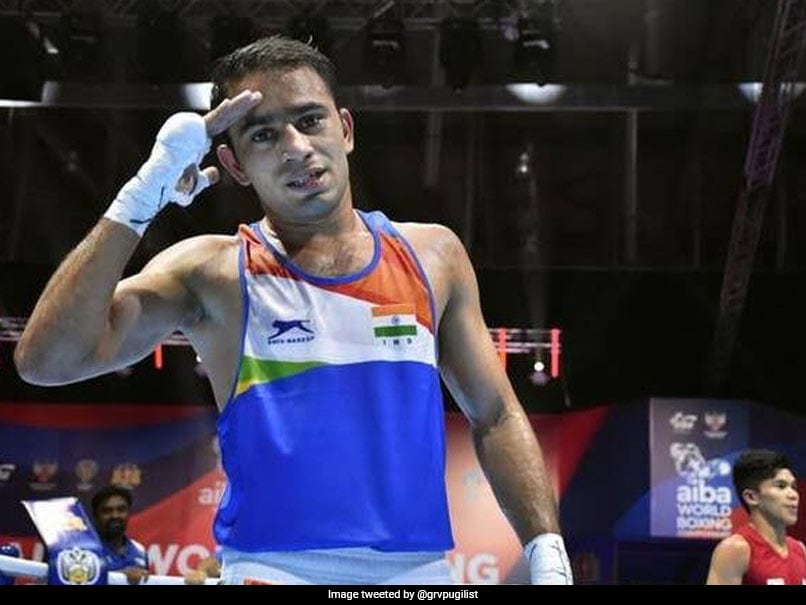 Amit Panghal (52kg) defeated Kazakhstan's Saken Bibossinov in the World Boxing Championships semi-final bout to script history by becoming the first Indian male boxer to reach the final of the prestigious tournament in Yekaterinburg, Russia, on Friday. With the win, Amit Panghal has secured a silver medal for India and he will fight for gold on Saturday. In the other bout, Manish Kaushik (63kg) lost to top-seeded Andy Cruz of Cuba by unanimous decision 0:5 as the Indian boxer finished the tournament with a bronze medal to his name. Amit Panghal will face Uzbekistan's Shakhobidin Zoirov in the final on Saturday.

The overall medal count for the country has now gone to five bronze medals in men's category after Manish Kaushik's bout on Friday. Prior to the ongoing tournament, India had four bronze medals claimed by Vijender Singh (2009), Vikas Krishan (2011), Shiva Thapa (2015) and Gaurav Bidhuri (2017).

After securing a place in the final, Amit Panghal said that he had to work hard for his win.

"The bout was good, I had to put in a lot of effort and I would like thank all the fans for their support. This win is a huge achievement for Indian boxing," Panghal said.

He further added that he will try to win gold for India when he takes on Zoirov in the final.

"I will try my best to win a gold for my country," Panghal concluded.

Manish Kaushik, who became the fifth Indian boxer to win a bronze medal in the tournament said that he will work harder to deliver better results in future.

"I gave it my all but I guess there are a few things lacking in my game, which I will try to improve on. I will work harder and deliver better results in the coming tournaments," Manish Kaushik said.