Mary Kom To Abhinav Bindra On Olympics Qualification Row: "Better To Be Quiet"

Mary Kom said Abhinav Bindra "doesn't know anything about boxing" after he spoke about the ongoing Olympics qualification row between her and Nikhat Zareen. 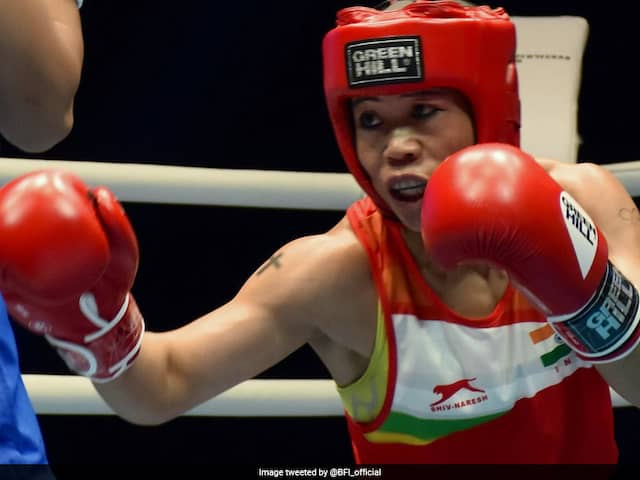 Mary Kom said that she doesn't talk about shooting and Abhinav Bindra should not interfere in boxing.© Twitter

The celebrated MC Mary Kom on Saturday said boxing is not Abhinav Bindra's "business to interfere", expressing her displeasure at the Olympic champion's backing of Nikhat Zareen's demand for a trial bout against her. On Thursday, Bindra backed Zareen's demand for a trial bout against the six-time world champion before India's squad for next year''s Olympic Qualifiers is decided. That did not go well with Mary Kom, who is also an Olympic bronze medallist. "Bindra is an Olympic gold medallist but I too have multiple golds at World Championships," Mary Kom said.

"This is not his business, to involve in boxing, to interfere. I don't talk about shooting, so it is better for him to stay quiet on boxing. He doesn't know the exact rules of boxing," Mary Kom said.

She added, "He doesn't know anything about boxing. It is better to be quiet. I don't think Abhinav would also go for trials before every shooting tournament."

Earlier, former junior world champion boxer Zareen, who was refused a trial by the Boxing Federation of India (BFI) for the World Championships, had written to Sports Minister Kiren Rijiju, demanding a "fair chance" to make it to the team for the Olympic qualifiers to be held in February next year.

Both Bindra and Zareen are associated with JSW group in different capacities.

Mary Kom (51kg) claimed her eighth world medal at the recently-concluded championships in Russia and the BFI now plans to send the Manipuri boxer for the Olympic qualifiers in China, moving away from the previous decision to give direct selection only to the gold and silver winners.

The BFI criteria for men made it possible for even the bronze-winners to get direct selection.

Zareen had lost to Mary Kom at the semifinal of India Open in May this year.