I Am Sorry But Vijender Singh Is Losing: Samet Hyuseinov

Vijender Singh's next opponent, Samet Hyuseinov, has said that he does not view the Indian boxer as a threat in the upcoming clash. 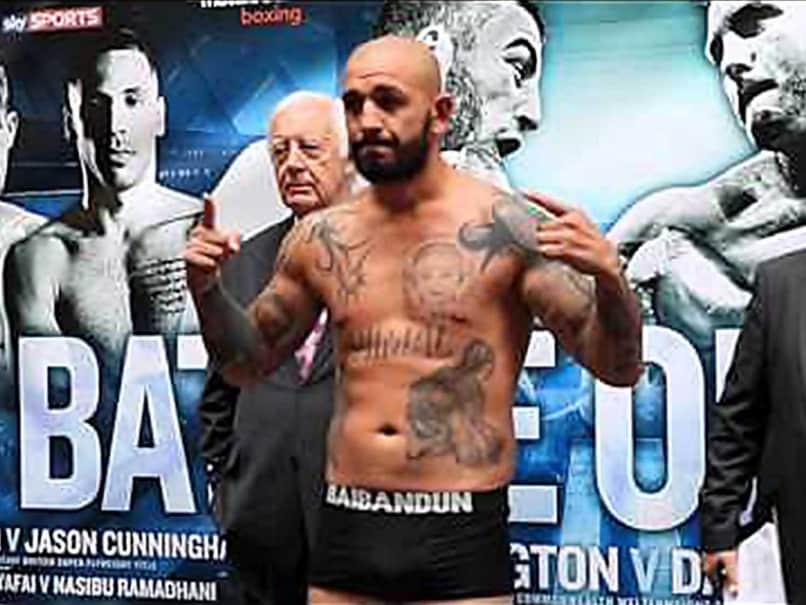 Promising to be the most dangerous opponent that Vijender Singh has faced so far in his nascent pro career, Bulgarian Samet Hyuseinov said the Indian still punches like an amateur and is just not ready for an experienced fighter like him. (Vijender Singh Laughs Off Samet Hyuseinov's Beaten And Broken Threat)

The 29-year-old, who has fought 17 pro bouts -- winning seven and losing the rest --, will square off against India's first Olympic and World Championships bronze-medallist come Saturday in Manchester.

"I don't see Vijender as a threat, I don't see any boxer as a threat otherwise I wouldn't be a fighter. I take each fight as it comes. I don't think Vijender is ready to fight someone like me yet and he is saying what he will do to me as if I don't exist and he will stop me. I'm the most dangerous opponent to date for him," Hyuseinov told PTI in an interview.

Vijender has so far competed in two bouts since turning pro in July, knocking out both his previous opponents. Hyuseinov is, however, not impressed.

"That's just it, he's a successful amateur, this is professional, two totally different sports. Now he is stepping up against me and we will see what he is made of. He still punches like an amateur and he will feel the full force of a true professional now," he said.

Hyuseinov has claimed that he would send Vijender back to India beaten and broken. The India, on his part, has laughed off the threats, saying that he would answer aptly inside the ring.

"My strength is my heart and will. I do not want to lose and I will not lose against him. Of course, I am fit and strong and ready to face anything he will bring to the ring.

"Obviously Vijender has only had two pro fights, so he's fresh, I guess he is quite quick with his hands and has some power," he asserted.

Speaking about himself, Hyuseinov revealed that he took up the sport when as a 10-year-old he survived a robbery attempt by older boys.

"I began boxing at the age of 10 in Bulgaria and took up the sport after I was attacked by some older boys who tried to rob me and I went to learn to defend myself after that," he said.

"And Believe me I am going to cause a big upset (for Vijender fans), I'm sorry India but your man is going to lose," he signed off.