Mary Kom is the only woman to clinch six world championship titles. 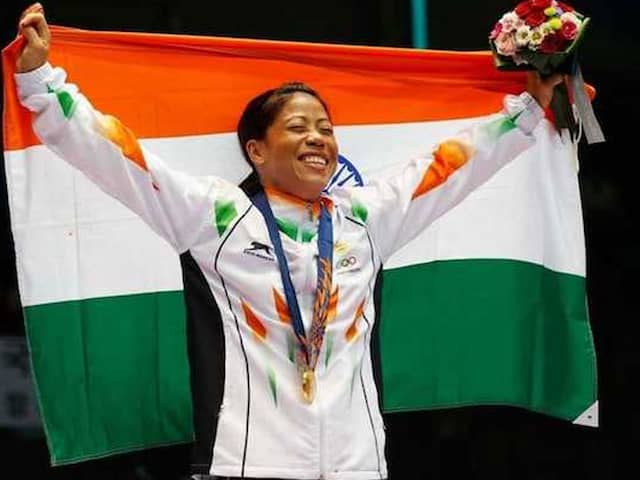 Legendary boxer Mary Kom, the only woman to clinch six world championship titles, is now eyeing the elusive Olympic gold medal next year as her crowning glory. The 35-year-old pugilist from Manipur said winning gold at the 2020 Tokyo Olympics will be a big challenge. "Muhammad Ali was my inspiration when I learned boxing. After all these years, I feel there's nothing much to achieve. I already (have) all the medals in the game. "I have medals from the Olympics, Asian Games, six World titles, Commonwealth Games. But I am still hungry to achieve only one (medal) that is the gold at the Olympics," said Mary Kom here Thursday.

"Being an athlete, I am dreaming (hoping) for that one chance," added "Magnificent Mary", who is the event ambassador of the January 20, Mumbai Marathon.

Even London 2012 was also a big challenge for me. It was the first time I fought in the 51 kg category. After that, I missed the qualification for Rio (Olympics).

"This time I am trying (to qualify). If there is possibility, I will get young boys (who are) stronger than me (for training).

"Seniors - I don't think they will come to train with me as they have their own training camps going on," explained Mary Kom, a recipient of several prestigious awards.

Mary Kom said she wasn't surprised that she was the number one boxer. "I am not surprised that I am ranked No. 1. I am so happy that my performances have been recognised. I am grateful for the love and support that I have received from the entire country. Your prayers have helped me win a lot of medals," she added.

"I am not sure what the status is. It's up to IOC and AIBA. I can't do much. I am not worried about myself but (am worried) for the youngsters.

"They have trained for many years and it will be upsetting if they don't get a chance to win medals for their country.

"For me, I have already won a medal at the Olympics (bronze in London), but think of the youngsters. Whatever I can do, I will do to promote boxing," she signed off.

Comments
Topics mentioned in this article
Mary Kom Boxing Other Sports
Get the latest Cricket news, check out the India cricket schedule, Cricket live score . Like us on Facebook or follow us on Twitter for more sports updates. You can also download the NDTV Cricket app for Android or iOS.