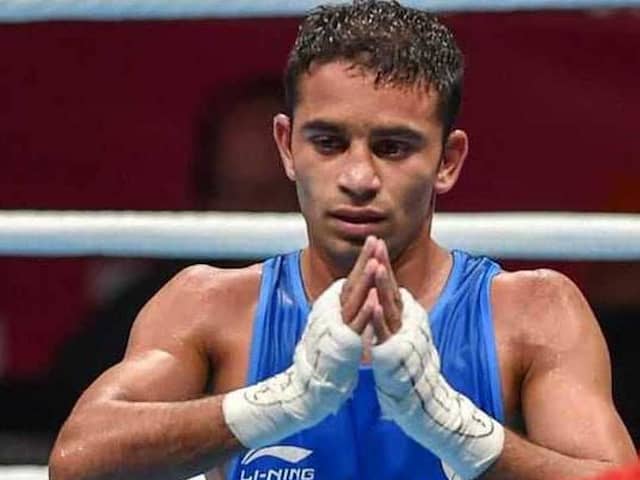 Amit Panghal, who recently bagged the gold at the Asian Boxing Championship, has expressed disappointment after his coach Anil Kumar was not recommended for the prestigious Dronacharya award and said the decision was unfair. Boxing Federation of India (BFI) had recommended elite Indian coaches Sandhya Gurung and Shiv Singh for this year's Dronacharya Award beside sending the names of Panghal and Gaurav Bidhuri for the prestigious Arjuna Award. Speaking to IANS, a dejected Panghal said: "I feel my coach should have been recommended for the award. Last time also he (Anil) was ignored and even this time. This is unfair. Some other names have been recommended and these people carry less points than my coach."

Sandhya Gurung has been attached with the women's elite team for nearly a decade. Shiv Singh has coached for the past three decades and has lent his expertise to both the men's and women's teams.

He was the head coach of the women's team till last November.

"I have trained under Anil Sir since my career began and it was under his guidance that I bagged a number of medals. There are two ways of giving the Dronacharya award. Firstly, depending on the performance of the coach and secondly, based on the achievement of his disciple. I have been performing very well so far and credit goes to my coach. Based on my performance, my coach has enough points but like last year, he was ignored again," the 2018 Asian Games gold medalist asserted.

"My coach is not getting the respect he deserves," Panghal added.