Loss of accreditation will deny Stanimira Petrova access to the competition area. 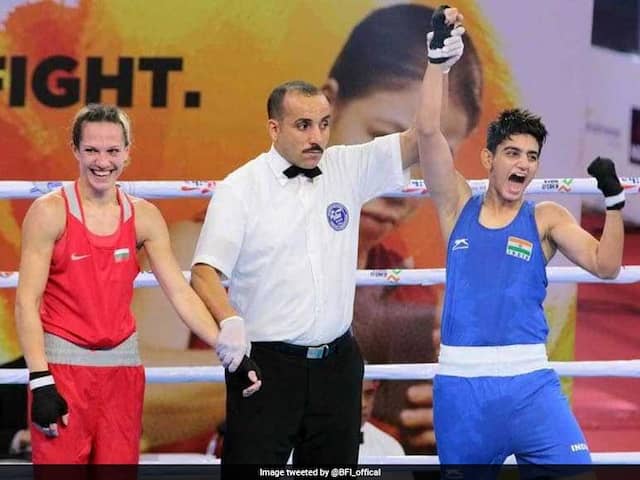 Former gold-medallist Stanimira Petrova had her world championship accreditation revoked by the International Boxing Association (AIBA) on Tuesday after the world body ruled that her allegation of corruption by judges was not backed by evidence. The Bulgarian, a 54kg gold-medallist in the 2014 edition, accused the judges of corruption after losing her 57kg world championship pre-quarterfinal bout to India's Sonia Chahal here on Monday. Sonia won the bout in a 3-2 split decision. AIBA's decision to revoke Petrova's accreditation came a day after her coach Petar Yosifov Lesov, a former flyweight Olympic gold-medallist, was barred from the corner for throwing a water bottle inside the ring after the bout.

Loss of accreditation will deny Petrova access to the competition area.

In a statement issued Tuesday, the AIBA said that by her conduct, Petrova has disrespected her opponent, the judges, the referee, the event organisers and the world body itself.

It said the incident will also be forwarded to AIBA Disciplinary Commission for a review.

"Ms. Petrova has made false and misleading statements regarding the AIBA officials. So, AIBA has decided to extend the removal of the accreditation to the Bulgarian boxer Stanimira Petrova (57kg) due to her unacceptable and unsportsmanlike conduct," AIBA Executive Director Tom Virgets said.

"She has shown inappropriate behaviour at the conclusion of her event. Her actions are reflective of her coach who disrespects and tries to damage the credibility of the sport," he added.

Virgets said any allegation should be supported by proof, which wasn't done by Petrova.

"The AIBA does not tolerate in any circumstances such behaviour against the AIBA values and AIBA Code of Conduct."

The top official also said that the tournament has so far been conducted "under the highest standards of level playing field".

"AIBA has recently put into place many safeguards to ensure fairness within the competition and I am very pleased with the results," Virgets asserted.