Serbian President Aleksandar Vucic posted a picture on Instagram of him posing with his student ID book from a sports college in Belgrade, and a small basketball. 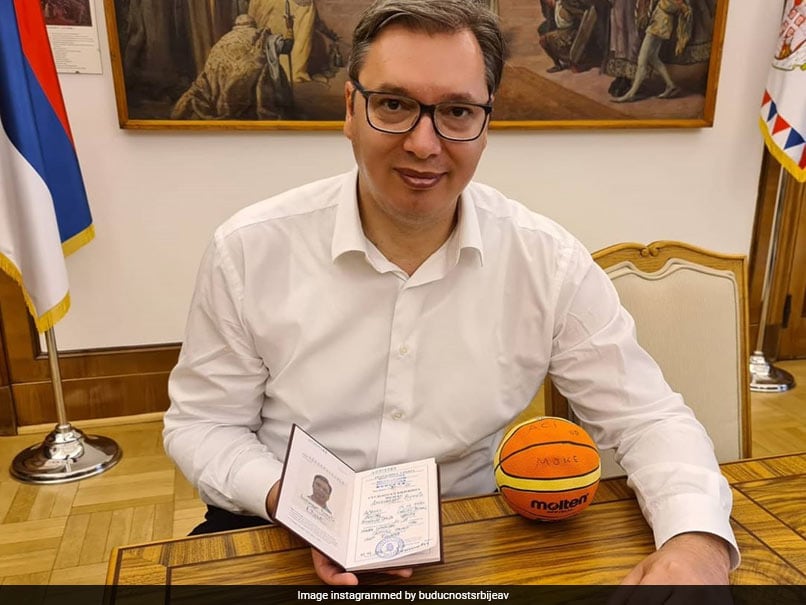 Serbian President has enrolled in a sports college to fulfil his dream of becoming a basketball coach.© Instagram

Serbian President Aleksandar Vucic has enrolled in a sports college to fulfil what he called his boyhood dream of becoming a basketball coach. "For the second time in my life I became a student... in a wish to become a basketball coach for kids," Vucic said on Instagram on Saturday. "You would not believe how happy I am that after many years I am starting to realise my boyhood dreams." Vucic, 50, who is a law graduate, posed in the photo with his student ID book from the Belgrade-based college of sports and health and a small basketball.

Vucic told a pro-government tabloid in June that his unfulfilled wish was to become a basketball coach in basketball-mad Serbia.

"There is nothing nicer than spending Saturdays and Sundays with young players, children whom you can teach something," he told the Kurir daily.

Asked whether he had bigger ambitions, he said his dream was to train children from a "small club".

Vucic is fan of both basketball and football.

He became prime minister in 2014 and took over the presidency in 2017.

Comments
Topics mentioned in this article
Basketball
Get the latest updates on Olympics 2020, Olympics 2020 Medal Tally, Live Cricket Score . Like us on Facebook or follow us on Twitter for more sports updates. You can also download the NDTV Cricket app for Android or iOS.