Russell Crowe led a chorus of criticism Friday of the seating arrangements at a basketball clash between the United States and Australia. 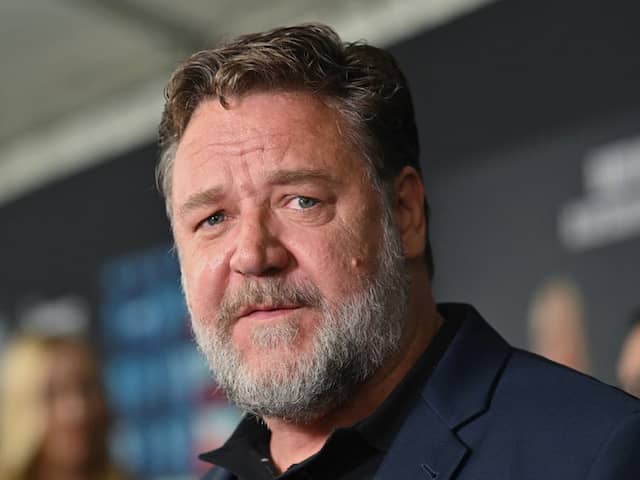 Oscar-winner Russell Crowe led a chorus of criticism Friday of the seating arrangements at a basketball clash between the United States and Australia, with many fans paying big money to see very little. The pre-World Cup showdown, on Thursday evening at Melbourne's Marvel Stadium, was played in front of 51,000 fans -- the biggest crowd ever to watch a game of hoops in Australia. But in a venue that usually hosts Australian Rules and football, a raised basketball court was dropped in meaning those on white plastic seats at ground level had restricted viewing, including Russell Crowe.

He later added: "The only thing achieved by @BasketballAus was enjoining with the promoters in ripping off well meaning lovers of the sport. It was a farce."

The only thing achieved tonight by @BasketballAus was enjoining with the promoters in ripping off well meaning lovers of the sport. It was a farce. https://t.co/M04iiL26Xm

Plenty of other fans agreed.

"It's called greed! There is a stadium across town which is purpose built for this kind of event called Rod Laver Arena capacity of 15,000. Play 2-3 games there everyone goes home happy," said one Twitter user.

The visit of Team USA was already embroiled in controversy, with Australia's consumer watchdog launching a probe into the use of absent NBA superstars to promote their exhibition games.

While the US boast a host of top young talent guided by San Antonio Spurs coach Gregg Popovich, they lack top names used to sell the event after a series of player withdrawals.

A change.org petition for refunds attracted more than 2,700 supporters claiming they had been ripped off, with a fresh flood of complaints about the seating fiasco.

Australian Competition and Consumer Commission chief Rod Sims said it was investigating whether people had been misled.

"We did have discussions with the promoters, and out of those discussions there was a suggestion from them of refunds," he told reporters, referring to the pre-game advertising.

"We've now added to that investigation whether or not consumers have been misled over the seating and the quality of the seating."

He added that the commission takes such allegations "very seriously" with the potential penalties "significant".

The promoters, TEG Live, and Basketball Australia had no immediate comment.

Australia and the United States play a second game at the same venue on Saturday.