Sai Praneeth will next take on Indonesia's Anthony Sinisuka Ginting. 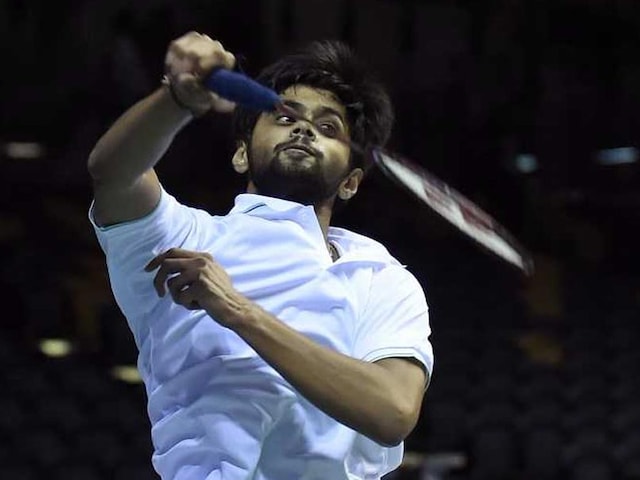 Singapore Open champion B Sai Praneeth opened his campaign at the World Championships with a straight-game win over Hong Kong's Wei Nan to reach the second round of men's singles event, on Tuesday. The 15th seeded Indian fought back from 5-9 and 14-16 in the opening game and then erased a deficit of 10-13 and 15-17 in the second game to eventually see off Wei Nan 21-18 21-17 in a 48-minute match. The 25-year-old from Hyderabad will next take on Indonesia's Anthony Sinisuka Ginting, who is the 2014 Nanjing Youth Olympic and World Junior Championships boys' singles bronze medallist.

However, disappointment was at store for India in the other mixed doubles matches as B Sumeeth Reddy and Ashwini Ponnappa, and Satwiksairaj Rankireddy and Maneesha K suffered contrasting losses to bow out of the event.

Sumeeth and Ashwini, who had reached the finals of Syed Modi Grand Prix Gold in January, went down fighting 17-21 21-18 5-21 to 13th seeded Chinese pair of Wang Yilyu and Huang Dongping, while Satwiksairaj and Maneesha lost 20-22 18-21 to 14th seeded Denmark duo of Mathias Christiansen and Sara Thygesen.

In women's singles, National champion Rituparna Das also emerged victories in the opening round yesterday after her opponent Finland's Airi Mikkela retired after lagging 0-2 in the first game.

Experienced shuttler Ajay Jayaram also produced a dominating performance to storm into the second round with a 21-14 21-12 win over Austria's Luka Wraber. He will take on The Netherland's Mark Caljouw next.