The Indian shuttler will face Japan's Nozomi Okuhara, who beat Saina Nehwal in the 1st semi-final, for the gold. 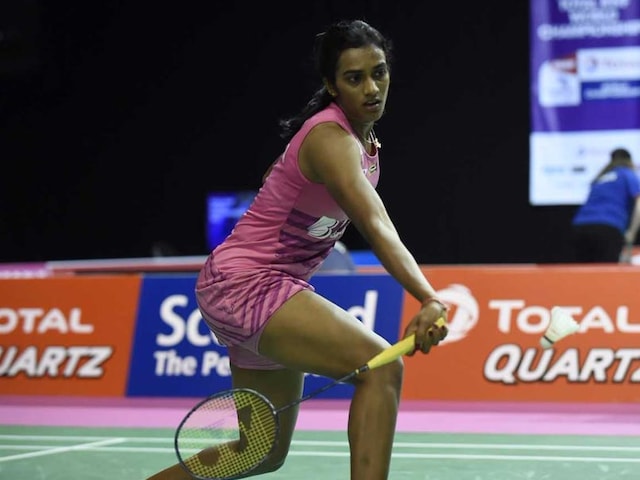 PV Sindhu put in a dominating performance to completely outclass her Chinese opponent and march into her maiden women's singles final at the World Badminton Championships being held in Glasgow. Sindhu destroyed Chen Yufei of China 21-13, 21-10 on Saturday night in a match lasting just 48 minutes, thereby assuring herself of at least a silver medal. Sindhu had won the bronze at the World Championships in 2013 and 2014. Sindhu's all round game proved too much for the 19-year-old Chinese to handle. India's star shuttler was in top form and apart from a slow start, she put in a perfect display. The Indian shuttler will face Japan's Nozomi Okuhara, who beat Saina Nehwal in the 1st semi-final, for the gold.

When will the PV Sindhu vs Nozomi Okuhara final be played?

The World Badminton Championships women's singles final will be played on Sunday, August 27

Where will thePV Sindhu vs Nozomi Okuhara final be played?

The high-profile contest will be played in Glasgow, Scotland

What time does the live coverage of PV Sindhu's final start?

The live broadcast of the final day's matches will commence at 5 pm IST. PV Sindhu's match is likely to start at 6 pm IST

The final day's matches will be streamed online on Hotstar and on World Badminton Federation's official YouTube channel. For live scores, updates and analysis, you can follow sports.ndtv.com.