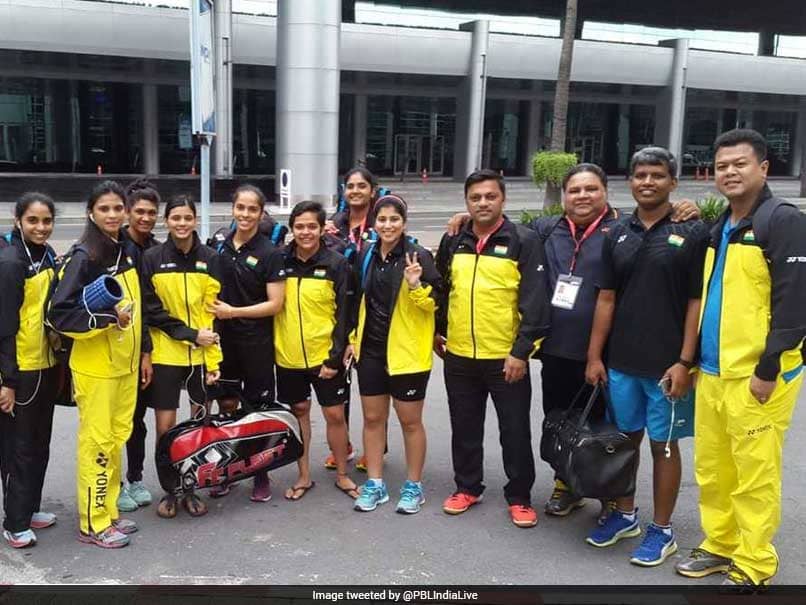 After losing to Canada in their opening clash, the India women's badminton team came all guns blazing on Monday to outclass Australia 4-1 in the second group match of the Thomas and Uber Cup Monday. Barring the women's doubles match, the Indian team led by ace shuttler Saina Nehwal won all their matches. Saina kicked off the proceedings with a straight game win over Hsuan-Yu Wendy Chen. She outclassed her opponent 21-14, 21-19 in the 35-minute opening match, and provide India with a 1-0 lead. However, Australia equalised the issue in the women's doubles affair as Gronya Somerville and Renuga Veeran defeated Meghana Jakkampudi and Poorvisha S Ram 21-13, 21-16 within half an hour.

In an another women's singles match, Vaishnavi Reddy Jakka bought back India in the contest as she hammered Jennifer Tam 21-17, 21-13. Later, another women's pair comprising Sanyogita Ghorpade and Prajakta Sawant extended India's lead by beating Louisa Ma and Ann-Louise Slee 21-19, 21-11 in the second doubles match.

19-year-old Anura Prabhudesai finally sealed the issue for India 4-1 as she got the better of Zecily Fung 21-6, 21-7 in just 18 minutes. India will now face top seeds from Japan on Wednesday.

In other clashes of the day, Japan's women and Malaysia's and China's men's teams all secured 5-0 victories in the tournament, reported Efe. Japan's women repeated the dominating scoreline from their opening win against Australia on Sunday, as their Canadian opponents barely laid a glove on them.

Nzonomi Okuhara had the toughest outing as she dispatched Michelle Li 21-16, 21-17, while the other four matches, two singles and two doubles, were far more routine for the Japanese.

Malaysia's men won their first game in Group D at the Cup, in similarly dominating fashion, seeing off Russia with a minimum of fuss.

The first of the two doubles matches was a relatively close affair, as the Malaysians ran out 21-18, 21-19 winners. Elsewhere in Group D, Denmark opened their campaign with a crushing 5-0 defeat of Algeria, in a match in which no game lasted more than half an hour.

China's Women followed up their male counterparts' Sunday scoreline against Australia, defeating France's women in five, with the respective Men's line-ups slated for the evening session on Monday.

The BWF Thomas & Uber Cup in Bangkok runs until May 27.

Comments
Topics mentioned in this article
Saina Nehwal Badminton
Get the latest updates on IPL 2021, IPL Points Table , IPL Schedule 2021 , live score . Like us on Facebook or follow us on Twitter for more sports updates. You can also download the NDTV Cricket app for Android or iOS.