PV Sindhu defeated Japan's Nozomi Okuhara 21-7, 21-7 in the final of World Badminton Championships to become the first Indian shuttler to win a gold at the event. 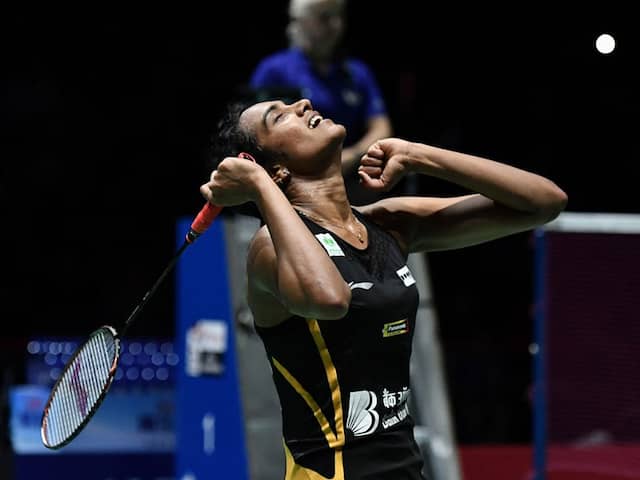 We were expecting a better result this time as PV Sindhu had trained hard for the competition, said an elated P Vijaya after her daughter became the first Indian to win the gold medal at the BWF World Championships on Sunday. "She was trained really tough. This time we thought she will get a better result. We are very happy. We are waiting for that gold medal. This is the third time she was playing in the final," Vijaya told ANI. Prior to this win, the 24-year old had won four medals at the World Championships -- bronze in 2013 and 2014 while silver in 2017 and 2018 edition.

Sindhu defeated Japan's Nozomi Okuhara 21-7, 21-7 in the final of the tournament and became the first Indian shuttler to win a gold at the event.

Sindhu's elder sister Divyaram Pusarla was also elated over her sister's victory and said she is feeling proud of Sindhu's feat as she bagged her fifth medal.

"I'm very happy and feeling proud of her. This is her fifth medal and that being gold is amazing. Our support is always there for her, her coaches and all the other people who supported her. We are very happy about it," Divyaram said.

Earlier, this year Sindhu reached the final of the Indonesia Open but faced defeat at the hands of Akane Yamaguchi.

Comments
Topics mentioned in this article
Badminton PV Sindhu
Get the latest Cricket news, check out the India cricket schedule, Cricket live score . Like us on Facebook or follow us on Twitter for more sports updates. You can also download the NDTV Cricket app for Android or iOS.