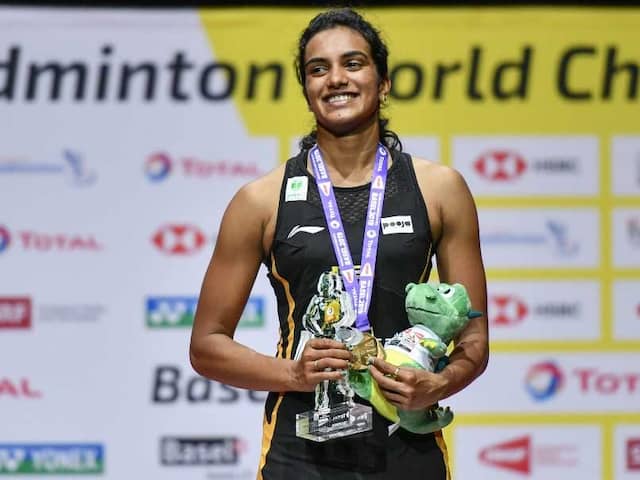 PV Sindhu finally ended her title drought in 2019 by winning gold at World Badminton Championships in Basel, Switzerland on Sunday. This victory came after she lost in the finals of the same event on last two occasions in 2017 and 2018. Sindhu dominated the match right from the first shot and defeated former world champion Japan's Nozomi Okuhara in straight games 21-7, 21-7. In the post match interview, Sindhu dedicated the win to her mother P Vijaya who is celebrating her birthday today.  "I would like to dedicate this win to my mom. It's her birthday today. Thank you mom," Sindhu said with moist eyes.

Sindhu, who now has the joint-most number of medals in World Championships, said she was very proud to win the medal for her country.

"I won for my country and I am really proud about it being an Indian," said Sindhu.

Prior to this win, Sindhu, despite performing well had not won any tournament in this calendar year. Reflecting on the importance of this win, the newly-crowned world champion said, "Last time, I lost in the finals, before (that) also I lost in the finals. It was very important win for me and I am really very happy".

Sindhu also thanked the fans who came in large numbers to support her throughout the tournament.

"I would like to thank the whole crowd who supported me, thank you so much. It means a lot. Every time they were there for my match and they cheered me," Sindhu said amidst loud cheers.