Saina Nehwal Adds A Brand New Car To Her Garage

Saina Nehwal posted a picture of her swanky new ride on her Instagram page. 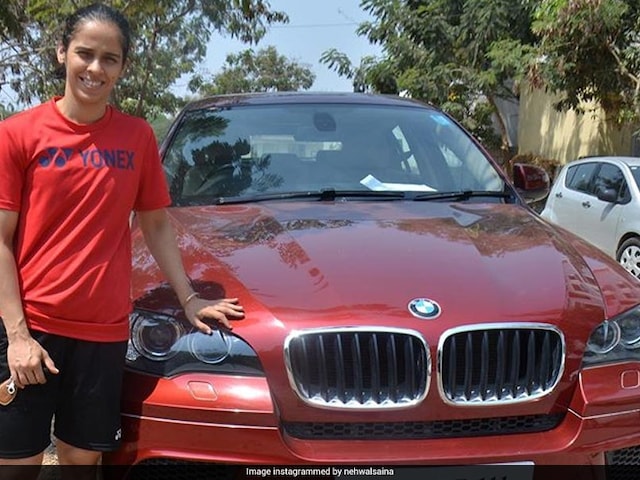 Saina Nehwal is synonymous with badminton in India but little did we know that the ace shuttler has a thing for cars too. The former world number one made an extremely beautiful addition to her garage as she bought a BMW car. The sports icon, who turned 28 on Saturday, March 17, took to Instagram and posted a picture with her swanky new ride.

I love my car

Over the course of her career, the Indian badminton player has been awarded several cars for her achievements. In 2012, Sachin Tendulkar had presented Saina with a BMW, congratulating her on winning a bronze medal at the London Olympics. More recently, she was gifted an SUV by Hyundai in celebration of her winning the Australian Open Championship in 2016.

On the work front, Saina was knocked out of the All England Open Super 1000 tournament in the first round by world No 1 and defending champion Tai Tzu Ying. Saina, who had reached the finals in the 2015 edition, couldn't match up to the precision and athleticism of Tai Tzu, going down 14-21 18-21.

This was Nehwal's eighth straight defeat against the player from Chinese Taipei - she hasn't beaten Tai Tzu since 2013 now.

The Olympic medallist's next big assignment will be the upcoming Commonwealth Games in Gold Coast, Australia, which will be held from April 4 to 15.

Nehwal would be looking to replicate the success of her 2010 campaign where she became the first Indian women's singles shuttler to win gold for the cricket-crazy country.