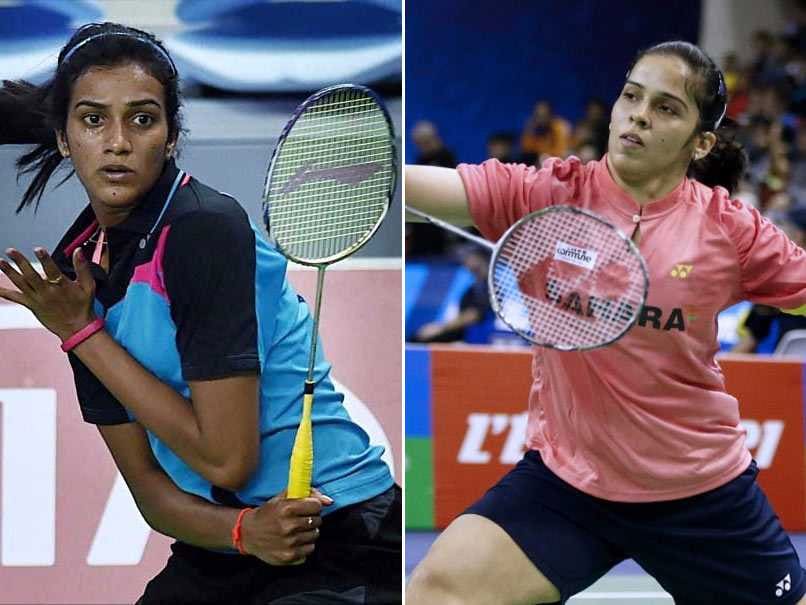 19:33 IST: Saina plays a brilliant drop shot and make sit 22-21. She is one point away from winning the title.

19:30 IST: Saina Nehwal one point away from the title win.

19:18 IST: A good rally between the two. Sindhu takes the point at the end.

19:13 IST: Brilliant rally between the two shuttlers. Saina takes the point at the end. Sindhu still leads 6-4 in the second game.

19:08 IST: A loud cheer from crowd for the London Olympics bronze medallist.

19:03 IST: Brilliant comeback from Sindhu. A solid smash and the Rio Olympic medallist makes it 16-17 against Saina,

18:46 IST: Sindhu off to a brilliant start. She clinches the first point of the match.

18:43 IST: The Olympic medallists are warming-up ahead of the mouth-watering clash.

18:41 IST: The wait is over. Saina and Sindhu are making their way to the court.

18:00 IST: Hello and welcome to the Live updates from the final of Badminton National Championship between Saina Nehwal and PV Sindhu.

A lot has happened between those two battles with Saina becoming the World No 1 in 2015, while Sindhu rising to the pinnacle of world badminton after clinching the silver at Rio Olympics. Saina, who had won the bronze at London Games, had suffered a career-threatening knee injury to crash out early from the Rio Games and spent the next few months recovering and scripting her way back to the top. Sindhu, meanwhile, scaled new heights in international badminton after winning the 2016 China Open, India Open and Korea Open this year, besides winning the silver at the Glasgow World Championship. Saina, 27, who had won the silver in 2015 World Championship, bagged a bronze at the Glasgow edition to show that she was getting back to her best.

Comments
Topics mentioned in this article
Saina Nehwal PV Sindhu Badminton Live Blogs
Get the latest updates on ICC T20 Worldcup 2022 and CWG 2022 check out the Schedule, Live Score and Medals Tally. Like us on Facebook or follow us on Twitter for more sports updates. You can also download the NDTV Cricket app for Android or iOS.