PV Sindhu Not Affected By Criticism, Aims To Win Medal At Tokyo Olympics

PV Sindhu claimed India's first ever World Championships gold in 2019 but she made early exits from a series of tournaments the rest of the season. 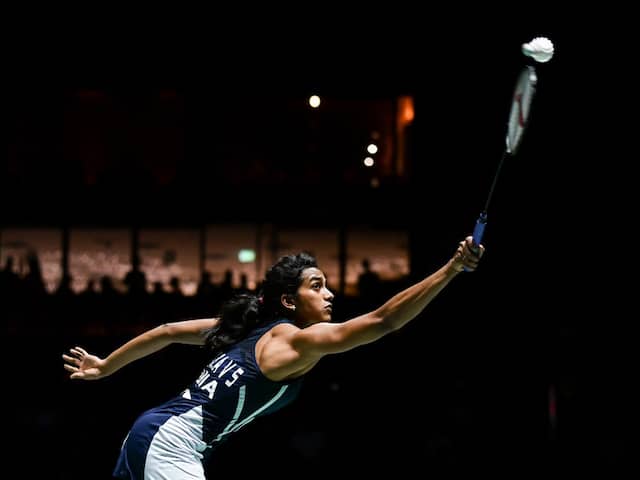 PV Sindhu is working on her technique to iron out the flaws.© AFP

Neither criticism nor the burden of expectations bother world champion shuttler PV Sindhu, who says she is completely focussed on improving her craft in pursuit of a second Olympic medal at this year's Tokyo Games. Sindhu claimed India's first ever World Championships gold in 2019 but she made early exits from a series of tournaments the rest of the season, including her failure to defend the World Tour Finals title last month. "World Championship was really good for me but after that I kept losing in the first rounds but I kept myself positive. It is not possible that you will win all matches. Sometimes you may play brilliantly, sometimes you will make mistakes," Sindhu, who will next be seen at the Premier Badminton League (PBL), told PTI.

"I learnt a lot from those mistakes. It is important for me to stay positive, and come back stronger," she added.

Sindhu said she is working on her technique to iron out the flaws.

"There will definitely be a lot of expectations from me but pressure and criticism doesn't affect me because people always expect me to win whenever I go. Olympics is the ultimate aim, for anybody.

"We are doing a lot of work on technique and skill workouts and everything will be planned and it will go well in the Olympic season," Sindhu exuded confidence while talking about the Tokyo Games.

The 24-year-old from Hyderabad, who claimed a silver at the Rio Olympics, will have the opportunity to emulate wrestler Sushil Kumar in becoming the second Indian to secure two Olympic medals when she turns up at the Tokyo Games.

"He (Sushil) has done really well for the country and I hope and wish that I also do well and get a medal in Tokyo.

It never crossed my mind where I think about others.

It is step by step for me. So, I think I need to train hard and give my best," she said.

"It won't be easy though, this time in 2020, we start off with Malaysia and Indonesia in January and it goes on as there are a few tournaments for Olympic qualification. So all the tournaments will be important for us."

While Olympics is still seven months away, Sindhu is currently looking to entertain home fans at the fifth season of the Premier Badminton League which will be held from January 20 to February 9.

"I am really looking forward to the PBL this year. It is happening in January and I think all the teams are equally strong. So every match will be important. We can't say one team is strong and the other is not," said Sindhu, who was retained by Hyderabad Hunters for Rs 77 lakh in the PBL auction.

While Sindhu will turn up for the annual domestic league, some other top Indian shuttlers such as Saina Nehwal and Kidambi Srikanth have decided to give it a miss to be in best shape for the Tokyo Olympics to be held from July 24 to August 9.

Asked if it was a difficult decision to not skip the event, Sindhu said: "It is just another set of matches for me and I will look to enjoy. Since it is happening in India, for the crowd and also for the fans, it is important and they feel nice when top players play at home.

"It is once in a year and it is a great atmosphere."

The fifth season of PBL will see a lot of youngsters rubbing shoulders with the top players and Sindhu said it is a great learning experience for the young minds.

"It will provide encouragement to the youngsters and a lot of them will learn from top players. It is a big advantage for the youngsters to learn and a big opportunity as well," she said.