PV Sindhu is the lowest ranked player in the fray for the 2019 BWF World Tour Finals but made it through because of her World Championship title. 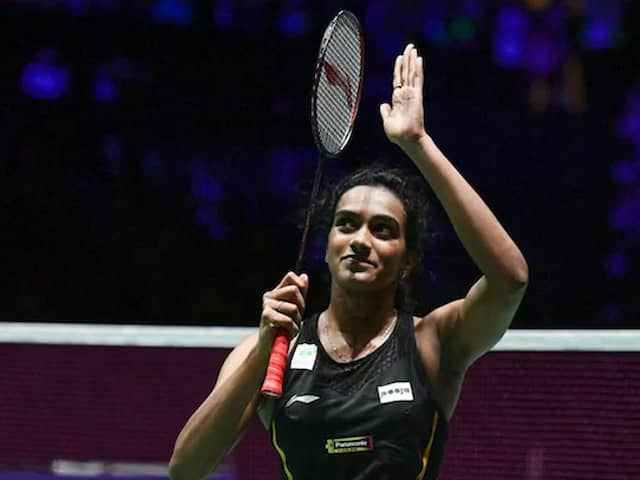 PV Sindhu became the only Indian shuttler to qualify for the 2019 BWF World Tour Finals, to be played from December 11 to 16 in Guangzhou, China. "PV Sindhu confirmed for BWF World Tour Finals 2019," the Indian Olympic Association (IOA) shared the news on its official Twitter handle 'Team India' on Tuesday. The 24-year-old Hyderabadi shuttler is ranked the lowest among eight players who will compete for the women's singles title. PV Sindhu is currently on the 15th position in the BWF rankings but thanks to the World Championship victory this year, the Indian assured herself an automatic entry.

In August, Sindhu became the first Indian to win the badminton World Championships with a win over Nozomi Okuhara in the summit clash.

The draw for the tournament will be held on December 9, two days before the action gets underway in Guangzhou.

Sindhu will enter the BWF World Tour Finals as defending champion as she won the title last year with straight games win over Okuhara.

The Indian defeated Yamaguchi and Zhang Beiwen of the USA in the group stages before defeating Intanon in the semi-finals.

In November, Sindhu participated in Hong Kong Open but suffered a second-round exit following a 18-21, 21-11, 16-21 loss to Ongbamrungphan.