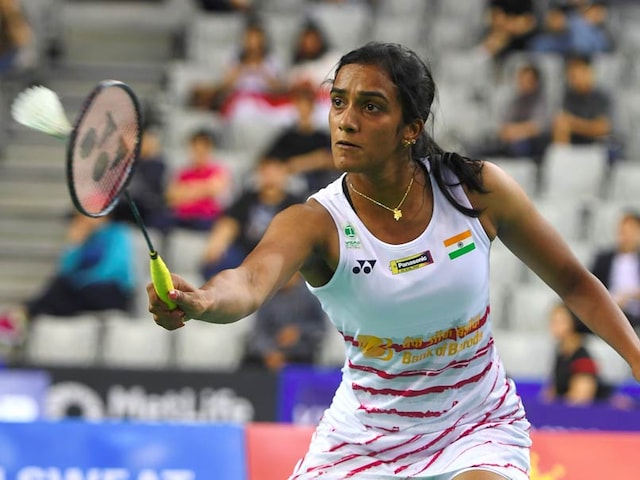 Olympic silver- medallist P V Sindhu led the women's team to a thrilling 3-2 win over Hong Kong as India made a positive start in the Asia badminton Team Championship on Tuesday. With London Olympics bronze-medallist Saina Nehwal pulling out of the tournament citing a groin injury, Sindhu proved her mettle as she first claimed the singles match and then combined with N Sikki Reddy to win the second doubles game here. Sindhu recovered quickly from her heart-breaking loss at the finals of the India Open last Sunday and won 21-12, 21-18 over Hong Kong's Yip Pui Yin in the first singles.

Ashwini Ponnappa and Prajakta Sawant then played their heart out before losing 22-20, 20-22, 10-21 to Ng Wing Yung and Yeung Nga Ting in a 52-minute first women's doubles clash.

Young Sri Krishna Priya Kudaravalli took the court against Cheung Ying Mei but her gallant fight ended with a 19 -21, 21-18, 20-22 loss in the second singles as India trailed 1 -2 after three of the five-match tie.

It eventually came down to the third singles and Ruthvika Shivani Gadde recovered from a game down to outwit Yeung Sum Yee 16-21, 21-16, 21-13 to earn India the crucial win.

The Asia Team championship is also a qualifier for the Uber Cup Final with the semifinalists earning the right to play in Bangkok in May.

On Thursday, India will take on a formidable Japan, who boast of world no.2 Akane Yamaguchi and reigning world champion Nozomi Okuhara.

Saina, who had recovered from an ankle injury to reach the finals of Indonesia Masters last month, is likely to be missed.