HS Prannoy began his new year in style as he registered a stunning victory over World No. 3 Kidambi Srikanth 15-8, 15-11 in the Premier Badminton League on Tuesday. 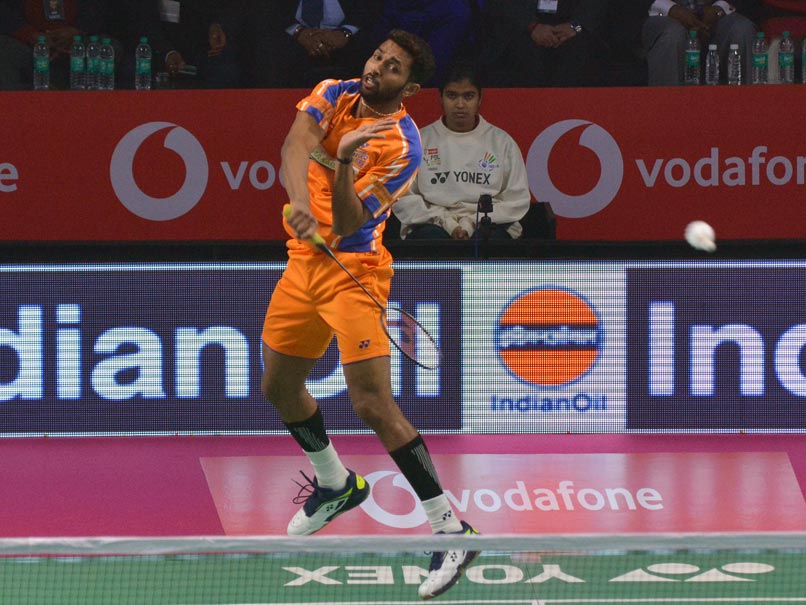 HS Prannoy was in his elements against World No. 3 Kidambi Srikanth© Premier Badminton League

World No.10 HS Prannoy began his new year in style as he registered a stunning victory over World No. 3 Kidambi Srikanth 15-8, 15-11 in the Premier Badminton League on Tuesday. Prannoy, who is unbeaten in the PBL since last season, has now recorded his 10th successive win in the league, while Srikanth crashed to his second consecutive loss of the season. Ahmedabad Smash Masters are currently level with Awadhe Warriors 3-3 in the tie with one match remaining.

Prannoy, who had beaten his country-mate to clinch his first national championship last year, looked to be in stellar form and blitzed his way to an 8-2 lead at the break. Srikanth did try to stay in the match but could not muster enough and went down meekly in the opening game.

In the second game, the Denmark Open winner tried to get going in the match but Prannoy was clearly the better player on the court and raced to the victory in convincing manner.

In the marquee clash of the day, World No.1 Tai Tzu Ying of Chinese Taipei got the better of World No.10 and local favourite Saina Nehwal 15-5,15-14 to help Smash Masters restore parity in the tie.

Saina looked nowhere close to her best and Tai Tzu took full advantage of her sluggishness. She won the opening game in no time.

Saina did try to comeback in the second game and put up a strong show. However, it was not meant to be her day and after stretching Tai Tzu to the limit in the game, she finally went down to dash the hopes of entire stadium.

Sourabh looked in great touch in the opening game and was hardly challenged by Kashyap. Even though the Awadhe showed sparks of brilliance on few occasions, Sourabh managed to dominate the proceedings to go 1-0 in the match.

The second game was a pulsating affair with Awadhe's trump player Kashyap taking the challenge to his opponents. It was a closely fought affair and such was the intensity of the contest that both the players dug-outs were on the edge of their seats and were wildly celebrating each points.

Even though Sourabh gave it his all to send Kashyap packing early, the Awadhe player showed great determination to restore parity in the match and the send the entire stadium into frenzy.

Sourabh was quick to get off the blocks in the final game and raced to an 8-3 lead. After the interval, Kashyap launched a scathing comeback and tied the score 9-9.

But Sourabh was in no mood to let go off the opportunity and raced to a 14-10 lead. Kashyap showed great resiliency and saved four match points to finally seal the match 15-14 after Sourabh found the nets.

Awadhe Warriors logged the first point of the tie after their mixed doubles pair Christina Pedersen and Tang Chun Man came from a game down to beat Kamilla Rytter Juhl and Law Cheuk Him 14-15, 15-12, 15-14.

Comments
Topics mentioned in this article
HS Prannoy Kidambi Srikanth Saina Nehwal Badminton
Get the latest updates on ICC T20 Worldcup 2022 and CWG 2022 check out the Schedule, Live Score and Medals Tally. Like us on Facebook or follow us on Twitter for more sports updates. You can also download the NDTV Cricket app for Android or iOS.