PBL 2018: Kidambi Srikanth Says He Is Thankful to Bengaluru, Will Love To Pay Back

Kidambi Srikanth was bought for Rs 80 lakh by Bengaluru Raptors. 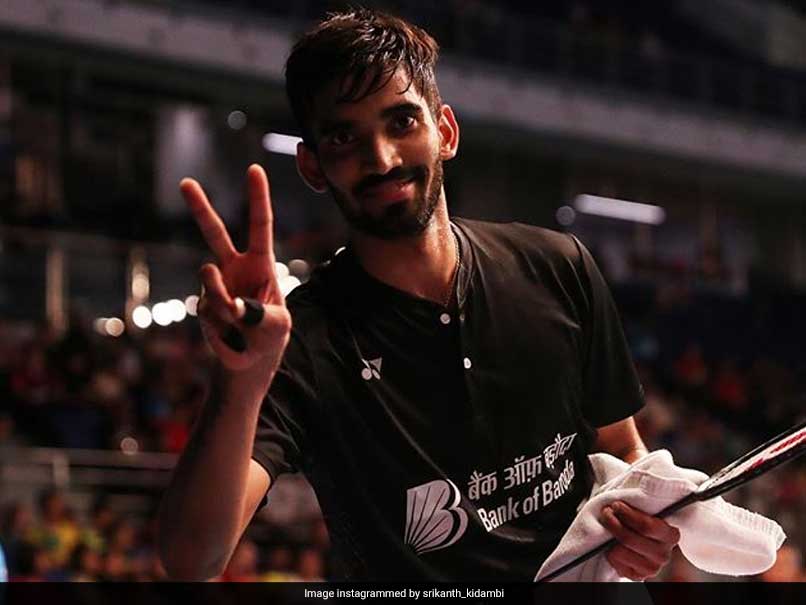 Former World No 1 shuttler Kidambi Srikanth, picked by Bengaluru Raptors in the Premier Badminton League (PBL) auction, is eager to pay back the franchise in every possible way in the upcoming edition of the league. The 25-year-old top player also termed PBL, whose fourth season would begin here on December 22, as a great experience.

"I am really thankful to Bengaluru for putting so much of confidence in me and buying me back. I would love to payback in every way I can.

"It (PBL) is a great experience. We don't really get to play too many team events and PBL is something where you get to interact with players of different countries.

"It's a whole new experience and always fun to interact with different people," Guntur-born Srikanth told PTI in an interaction here.

Srikanth was bought for Rs 80 lakh by Bengaluru Raptors in the auction that took place in the national capital on Monday.

Srikanth, who won an individual silver medal in the Commonwealth Games, is now geared up for the Denmark Open,which begins on October 16.

"I haven't set any target, its more about doing well," the shuttler said. Srikanth is now associated with Red Bull and expressed joy over the association.

His dream of winning a medal in the World Championship also went up in smoke following his defeat to Malaysian Daren Liew. Srikanth was also knocked out of the 18th Asian Games after suffering a shock defeat in the second round of the men's singles competition.

"I have done really well, got my first-ever Commonwealth Games individual medal and first-ever gold medal for the team. I have done well at the Super Series level and am still there in the top eight."

"So I don't have any regrets, could have (been) a little better, but really happy with the way it has been. In ever gave up at any moment and am working hard. Even if I lost. Ill continue doing it," he said. Srikanth also said the 2020 Tokyo Olympics was on the back of his mind and pointed out the qualification stage was some distance away.

"I have the (2020) Olympics on my mind, but it is not that I have started my preparations for it, because I have a good number of tournaments even before the qualification period starts.

"So I want to be there consistently in top four, top six and I don't want to run behind the rankings."

The badminton ace also praised his coach P Gopichand for being supportive.

"He (Gopi Sir) is definitely one who has always been supportive to me and he is always there for me, every-time I won or lost," he added.

Comments
Topics mentioned in this article
Kidambi Srikanth Badminton
Get the latest updates on Olympics 2020, Olympics 2020 Medal Tally, Live Cricket Score . Like us on Facebook or follow us on Twitter for more sports updates. You can also download the NDTV Cricket app for Android or iOS.