"Be Yourself, There's No One Better": Parupalli Kashyap's Amusing Advice For Followers On Instagram

Indian shuttler Parupalli Kashyap shared pictures of himself standing in his balcony. 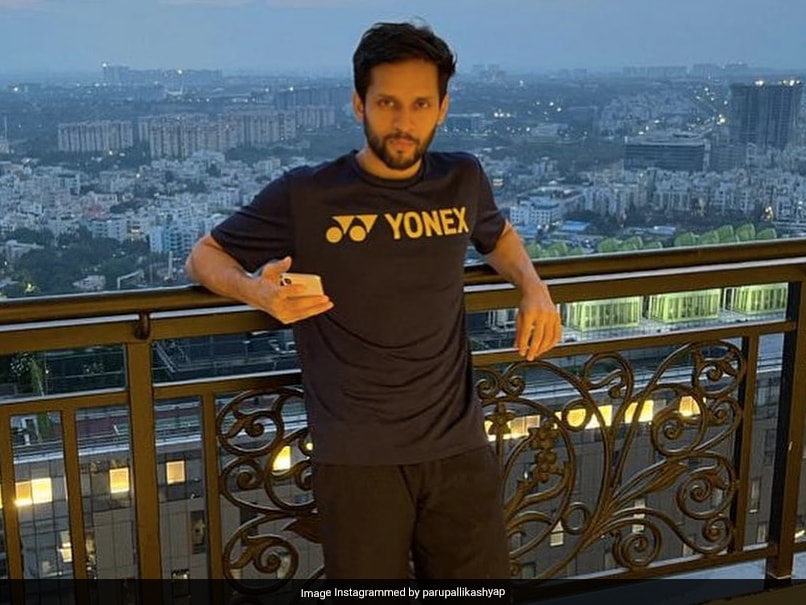 Indian shuttler Parupalli Kashyap is quite active on Instagram these days. With COVID-19 leading to numerous cancellations of badminton tournaments around the world, Kashyap is spending a lot of time either positing or consuming content on social media platforms. Those going through his Instagram posts would surely feel that the balcony of his house is his favourite place, providing him a sense of the outdoors while being confined to his home. On Tuesday, too, the 34-year-old badminton star posted a set of five photographs of him standing in the balcony, which has a spectacular view. He captioned the post, "Be yourself, there's no one better."

Kashyap's post was a big hit among his followers, and within an hour of being posted it received over 3,400 'likes'.

In another post around the same time, the Commonwealth Games (CWG) gold medallist was also seen shaking his legs to an English song. In the short clip, Kashyap showed off his dance moves.

Last month, the badminton star was disheartened at the India Open being postponed. It was an qualifying event for the Olympics and Kashyap is yet to qualify for the Tokyo Games.

The event was slated to be held in New Delhi from May 11. However, it was called off due to the surge in COVID-19 cases in India.

Kashyap, who is married to former World No.1 Saina Nehwal, also highlighted that the India Open, Malaysia Open and Singapore Open were the last three qualifying events for the Tokyo Games.

The Tokyo Olympics is slated to be held from July 23 to August 7 this year.

Comments
Topics mentioned in this article
Parupalli Kashyap Badminton
Get the latest updates on ICC T20 Worldcup 2022, check out the Schedule and Live Score. Like us on Facebook or follow us on Twitter for more sports updates. You can also download the NDTV Cricket app for Android or iOS.